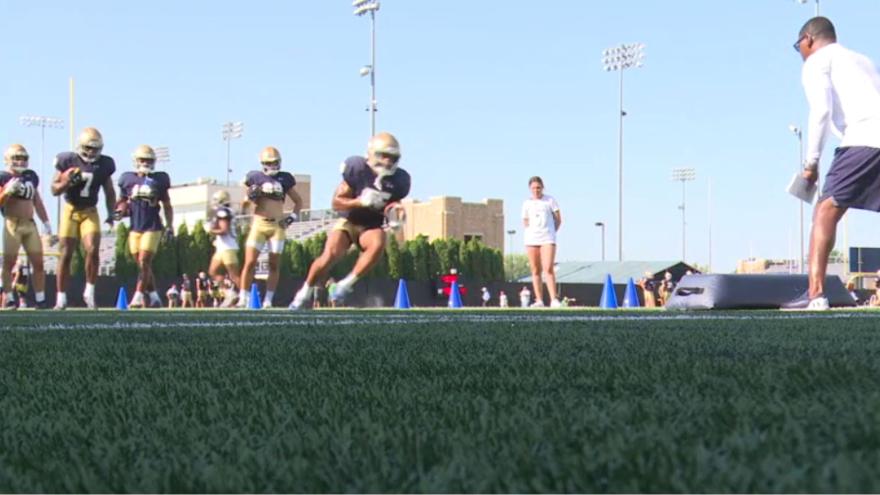 ST. JOSEPH COUNTY, Ind. - The September 3 matchup between Notre Dame and Ohio State is quickly approaching and the Fighting Irish running backs are making progress in preparation for the primetime game.

Running backs coach Deland McCullough said he's excited about his players and that the team is focused, detailed, and dependable as a group.

The team leans on the expertise of their coaches to improve their skills.

"Every day, we’ll watch something from the NFL. Every day, just showing them crossovers so they can see, 'here’s the things I’m teaching you and here’s the guys that did it.' And they're sitting here like, 'wow, the exact same things.' And they're seeing how in other circumstances that manifested itself, with not only the running backs performing at a high level but the team performing at a high level," said McCullough.

The Associated Press Pre-Season poll ranked Notre Dame at #5 and Ohio State at #2.

The poll also ranked the much-anticipated game as a top five matchup.