SOUTH BEND, Ind. -- A Michiana filmmaker is in the final stages of editing what he says is a history making movie.

It’s about the lengths a woman, played by South Bend resident Selene Morales, goes to in order to be with a guitar player, played by Villaneuva, despite her father’s disapproval.

Villaneuva says it’s inspired by his dad who fell in love with a Vietnamese woman while serving in the Vietnam War. He adds the film also includes action and mystery.

“Everything involved into a movie, you’ve got in here,” said Villaneuva. “It’s a beautiful, beautiful story. It’s about love and how love can conquer all. How you can overcome anything.”

Concrete Rose is Villaneuva’s first film. He began shooting it last fall and expects to release it sometime within the next couple of months.

“I want people to understand that you can do, you can do anything,” said Villaneuva.

The lifelong South Bend resident says this movie is a way for him to give back to his community.

Villaneuva partnered with local businesses and churches to film the movie’s scenes.

Concrete Rose also features 14 other actors and actresses from Michiana. Villaneuva believes it is the first all Latino cast film shot in South Bend.

A 2019 study from the Anneberg Inclusion Initiative found the prevalence of Latino leading actors is out of step with U.S. population trends with only three percent of the top 100 grossing films from 2007-2018 featuring Latinos as the lead or co-leading actors.

“I want people to use this situation to, you know, push themselves into another magnitude that they want to be in and something they want to be a part of or do something great for their ownselves,” said Villaneuva. 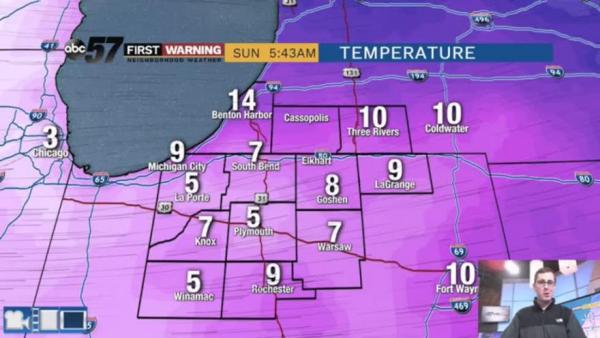