Man hospitalized after getting trapped under vehicle 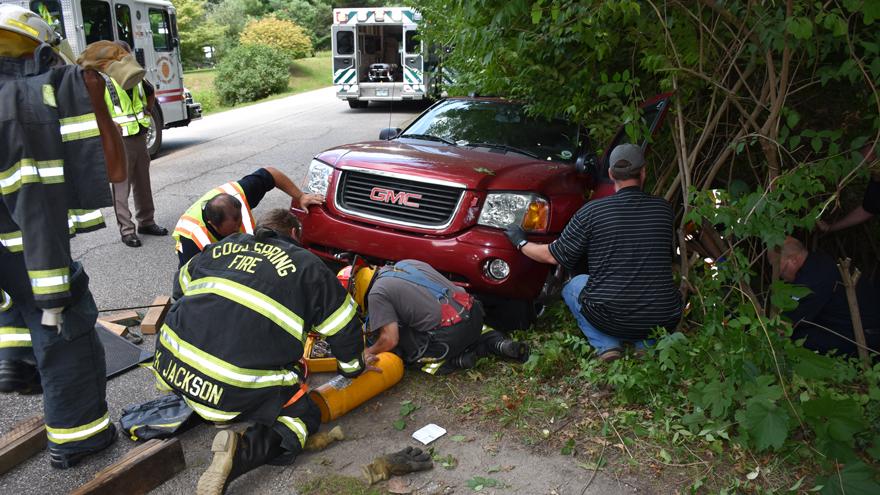 LA PORTE, Ind. -- A 73-year-old man was hospitalized after he became trapped underneath his SUV, according to the La Porte County Sheriff's Office.

Deputies and emergency responders were called to the 4800 block of CR600W for a man trapped under a vehicle.

Kenneth 'Ike' Edson, 73, was unhooking a GMC Envoy from the rear of a motorhome with his wife, when the vehicle began to roll backward.

Edson attempted to get into the vehicle to stop it from rolling away when it landed in a ditch on the east side of the road, approximately 150-feet away.

Edson fell underneath the vehicle and became trapped.

Firefighters used air bags to raise the vehicle while a wrecker helped to stabilize the vehicle.

Edson was transported by ambulance to a field nearby and he was transferred to a medical helicopter and flown to Memorial Hospital.

Deputies said his injuries are serious but not life threatening.

Kidnapping suspect tells her side of the story: 'There was never no kidnapping'