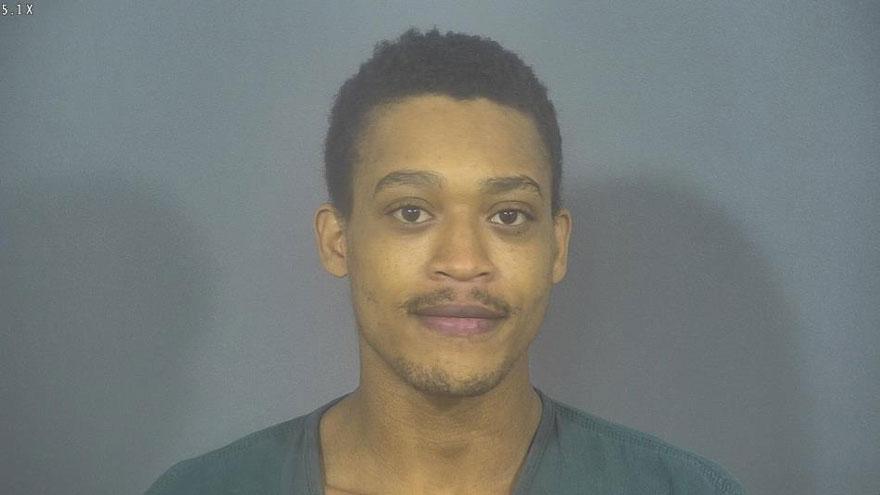 ST. JOSEPH COUNTY, Ind. -- Charges have been filed against a man who allegedly set a fire at the Hickory Village Apartments on December 14, according to court records.

Around 4:30 a.m. Mishawaka Police and Fire responded to the apartment complex for a large fire.

As police arrived, they saw a PT Cruiser attempting to leave the scene, but drove over a fire hose. The driver, identified as Anthony Ware, wasn’t able to leave without running over the hose again, reports said.

One resident told officers she had seen a man outside her apartment wearing a blue sweatshirt and a black skull cap. She said he had knocked on her door just after 4 a.m. but she didn’t answer. Approximately 5 minutes later she heard a “whooshing” noise and saw flames in the hallway, reports said.

The resident told police she thought the man was the boyfriend of her roommate, according to the probable cause affidavit.

The resident, her toddler and grandmother lived on the second floor and could only escape by going to the balcony. Police eventually helped them to the ground, reports said.

Another resident told police a male wearing a blue sweatshirt had knocked on his door multiple times looking for a woman with the same name as the first resident  they spoke with, reports said.

Minutes later the second resident heard a loud “whoosh” and discovered the hallway was on fire, reports said.

Another witness told police he was getting ready to leave for work when he saw a man in a blue sweatshirt run out of the building into a waiting PT Cruiser, reports said.

When officers spoke with Ware, he told them he and his cousin were at the complex to pick up his girlfriend, but wasn’t sure what apartment she lived in. He said he and his cousin stayed in the car the whole time - they never went into a building, reports said.

Both said they had been at a gas station just before going to the complex.

Police located the only gas station that would have been open at the time and reviewed surveillance video. They did not see the PT Cruiser, Ware or his cousin in the surveillance footage, according to the probable cause affidavit.

After obtaining a search warrant, Ware’s vehicle was searched.

Inside the vehicle, police seized an antifreeze bottle that smelled of gasoline, reports said.

Ware was charged with two counts of arson and one count of false identity statement. When police first made contact with Ware he gave a false name, reports said.