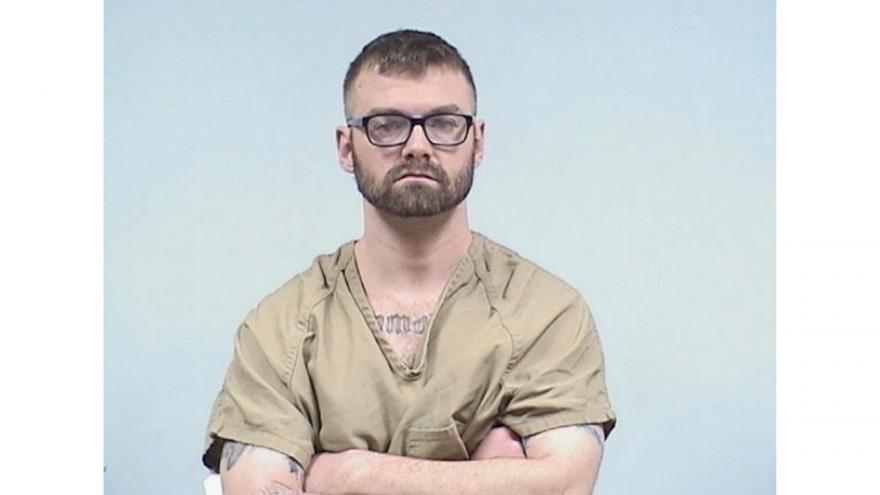 ELKHART, Ind. – A man was arrested on Monday night after jumping out of a window while officers were conducting a welfare check, the Elkhart Police Department reported.

Officers tried to make contact with anyone in the residence for about 30 minutes before a female eventually came to the door and exited the house.

Then, a man allegedly jumped out of one of the home’s windows and ran south through the neighborhood, according to reports.

Officers ran after the man, ordering him to stop, until an officer eventually tackled him.

The man, later identified as 38-year-old Jeffrey Arnold of Fort Wayne, allegedly continued to resist, and an officer sustained an injury to his knee during the incident, reports said.

The female said Arnold had contacted her to get his dog. As she was putting the cage on the porch, Arnold and another male allegedly went into her home, police said.

The female said she told Arnold to leave but he refused, according to reports.

Officers later found the second male walking through the neighborhood.

Arnold was arrested for resisting law enforcement and criminal confinement.