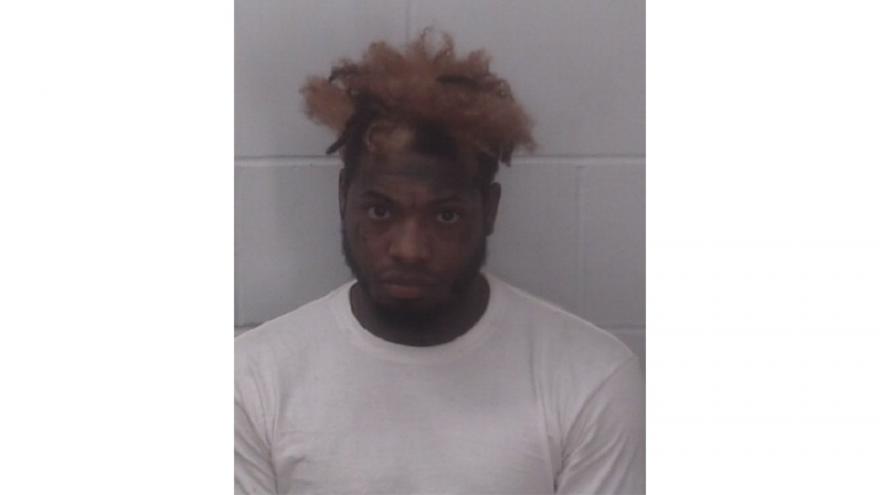 ELKHART, Ind. – A man was arrested on Sunday for animal neglect after police reported finding two dogs in an unhealthy state outside of a residence, the Elkhart Police Department reported.

At 11:10 p.m., an officer was called to the 1300 block of Columbus Drive for a report of two dogs that had been tethered outside on short leashes for hours, reports said.

When the officer arrived, he located two dogs that appeared to be a pit bull mix. One of the dogs was tethered to a tree and the other was roaming freely without a collar on, according to reports.

The officer said the dog roaming freely seemed to be avoiding walking on its rear right leg, reports said. The officer also said he could see both dogs’ ribs, according to reports.

The officer banged on the front door of the residence and did not get an answer.

When he went to the dog tethered to the tree, he noticed a plastic dog bowl that had a small amount of bright yellow liquid in it, which the officer suspected was urine, according to reports.

The officer said he did not see any food, water, or shelter to protect the dogs, as required by Elkhart City Ordinance 90.11 – Caring for Animals, reports said.

The dogs were tethered outdoors between the hours of 11 p.m. and 6 a.m. and were tethered very close to the adjacent property, which violates Elkhart City Ordinance 90.14 – Restraint and Confinement, police reported.

The officer called the animal shelter to get the dogs.

Before Animal Control arrived, a black Cadillac with two males inside pulled up by the officer and asked if everything was alright.

The officer said he was taking care of the dogs in the nearby yard and the male passenger, later identified as Furius Balderos, said they were his dogs, according to reports.

Balderos said the dogs had pooped in their cage indoors and he took them outside about two hours before he left the home, reports said.

When the officer told Balderos he called the animal shelter because he did not find food, water or shelter for the dogs, Balderos said there was food and water inside and the dogs had been fed before he left, reports said.

He said his girlfriend was inside the home attending to the dogs.

A woman, later identified as his girlfriend, approached the men but did not come from the inside of the house, according to police.

The officer repeatedly asked for Balderos’ identification but Balderos said he did not have it on him, reports said.

He verbally identified himself as Jamal Balderas, police said.

Balderos was detained and placed in the squad car after the officer continued to ask for his identification.

When the officer asked Balderos’ girlfriend to get the veterinarian documentation for the dogs, she could not locate it, according to police.

The girlfriend said she had left before Balderos and that he had been gone about two hours.

While transporting Balderos to detention, Balderos said he had two first names and his identification might be under Furius Balderos, reports said. The officer was able to verify his identity.

The animal control officer said she could not take the animals into her custody since the individual returning home made the issue no longer imminent. She said she would do a follow-up.

The dogs were left in the care of Balderos’ girlfriend.

Balderos has been charged with cruelty to an animal and false informing, both misdemeanors.