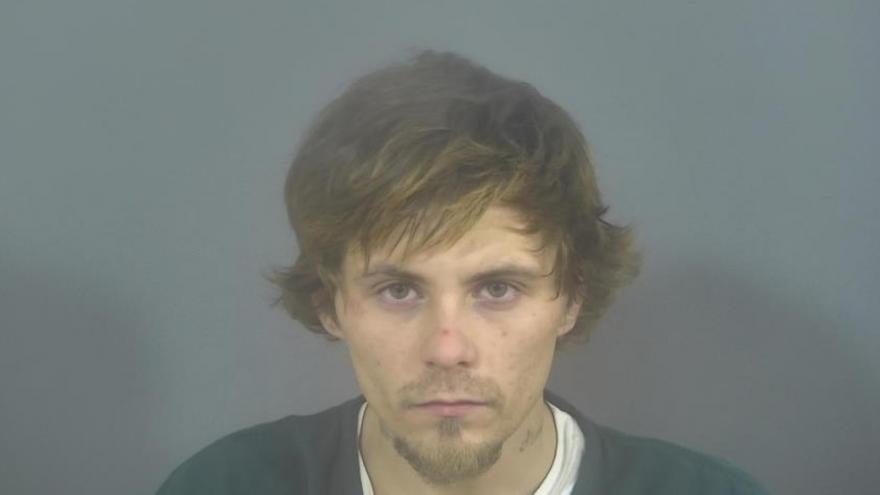 ST. JOSEPH COUNTY, Ind. – A man was arrested on Saturday after allegedly leading police on a chase in a stolen vehicle and being in possession of methamphetamine, according to the probable cause affidavit.

An officer with the Mishawaka Police Department tried to stop a silver Buick LeSabre that had been reported stolen from South Bend as it was traveling south on Main Street near Jefferson Boulevard.

When the Buick stopped, a female got out of the front passenger seat and ran into a nearby cemetery. The Buick then began traveling south again, reports said.

Officers continued to follow the Buick as it drove east on Mishawaka Avenue, south on Byrkit, east on Club Boulevard, and north on Miami Club Court, where it came to a dead end, reports said.  As the Buick turned around to head south again, officers noticed the Buick’s left front tire was flat.

The Buick eventually stopped when it reached Lincolnway and the driver was caught after a short chase on foot, police said.

The driver was identified as Brandon Oliver.

During a search of the Buick, officers found a black box on the driver’s side floorboard. The box contained two syringes and two plastic baggies.

The contents of one of the baggies came back positive for methamphetamine during a field test, according to reports.

When Oliver was asked if he had anything in his possession that would poke or hurt jail staff during the jail intake process, he said anything he had on him was in his black box in the Buick, according to court documents.

Oliver was arrested on the following charges: