Man accused of running from police, being in possession of machine gun 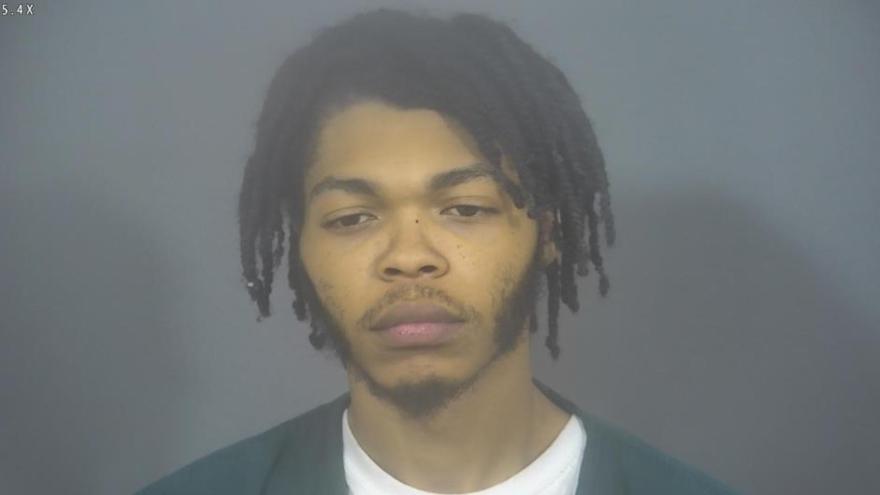 ST. JOSEPH COUNTY, Ind. - A man was arrested after allegedly running from police and being found with a machine gun and illegal substances, according to the probable cause affidavit.

Deontae Jackson, 22, was arrested on the following charges:

At 3:45 a.m. on Monday, an officer with the South Bend Police Department was on patrol in the area of Hickory Road and Corby Boulevard when they witnessed a black Ford Focus turn right on a red light without coming to a complete stop.

The officer began following the Focus as it pulled into a parking lot.

The officer ran its plates and discovered the registered owner of the vehicle, identified as Deontae Jackson, had an outstanding warrant, according to reports.

The BMV photo of Jackson appeared to be the same man driving the Focus, the officer reported.

Jackson had other infractions on his record that kept him from driving, according to reports.

Before the officer contacted Jackson, the Focus left the parking lot and drove to a gas station at Hickory and McKinley Avenue.

When the officer turned on his emergency lights, the Focus allegedly picked up speed and initiated a chase.

Other responding officers put stop sticks in front of Jackson and flattened two of the vehicle's tires.

Eventually, Jackson pulled the vehicle into a parking lot in the 500 block of McKinley and ran from the scene despite officers' orders to stop, reports said.

During the pursuit, an officer allegedly saw Jackson pull a handgun with an extended magazine out of his waistband.

The magazine fell to the ground while Jackson continued running with the gun, according to police.

Jackson eventually cornered himself into a walled and fenced area near a dumpster and got stuck under a gate, reports said.

When officers took Jackson into custody, they found a Glock handgun on top of the trash in the dumpster.

Officers identified an aftermarket device on the handgun that enabled it to fire fully automatic.

A previous conviction prohibits Jackson to possess any kind of handgun, reports said.

During a search of the Focus, police found approximately 27 grams (0.01 pounds) of suspected marijuana and an eighth of a gram of suspected rock cocaine, according to reports.

Officers also found digital scales and baggies in the vehicle.

He is due back in court on January 23.