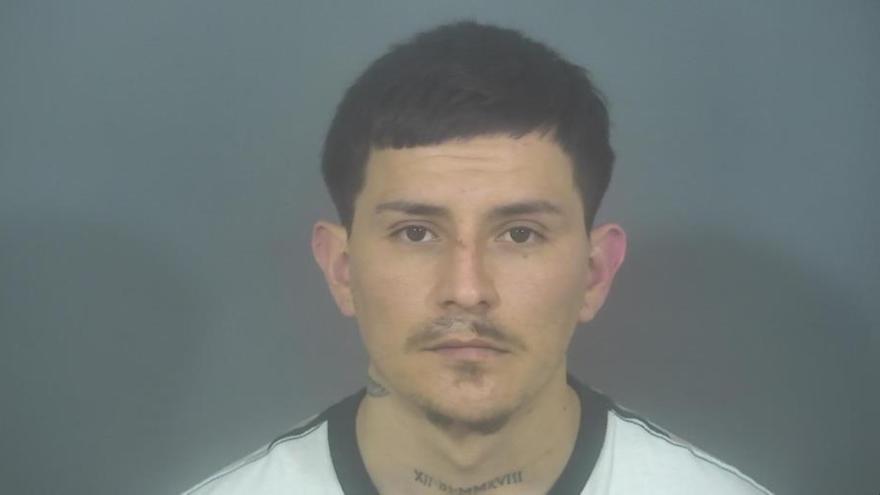 ST. JOSEPH COUNTY, Ind. - A man was arrested after he allegedly punched a woman several times in the mouth and grabbed a child by the neck while yelling at him, according to the probable cause affidavit.

On November 16, the South Bend Police Department was called to the 2600 block of Prairie Ave. for a domestic situation.

The victim told dispatch that her boyfriend assaulted her and grabbed her son during the assault. The boyfriend had just left the scene in a silver Dodge Charger, she said.

When officers responded, they saw the Charger leaving the apartment complex. One officer initiated a traffic stop on the vehicle while another met with the victim at the scene.

The driver was later identified as 26-year-old Preciado-Reyes.

At the scene, officers saw that the victim appeared to be crying and had redness around her mouth.

She raised her upper lip to show police a small bruise, saying that it was from, "him punching me in the face," according to reports.

According to the victim, she and Preciado-Reyes had been dating for over a year and lived together in the apartment.

She also has a son who lives with them.

On the day of the incident, the victim and Preciado-Reyes got into an argument and during it, the victim grabbed his phone and threw it on the ground, reports said.

This action caused Preciado-Reyes to get violent, according to the victim.

Preciado-Reyes allegedly grabbed the victim by the chest area and punched her several times in the mouth.

The victim's son saw what was happening from the stairs, yelled at Preciado-Reyes to stop, and threw things at him, reports said.

Preciado-Reyes then went after her son, grabbing him by the neck and yelling at him, according to police.

According to the victim, Preciado-Reyes grabbed her son for only a few seconds and he had no visible injuries.

She was telling Preciado-Reyes to leave her son alone when he allegedly got behind her, put her in an "arm-bar like" position, but did not choke her.

She was let go of and proceeded to call police.

Preciado-Reyes is due in court on December 8.