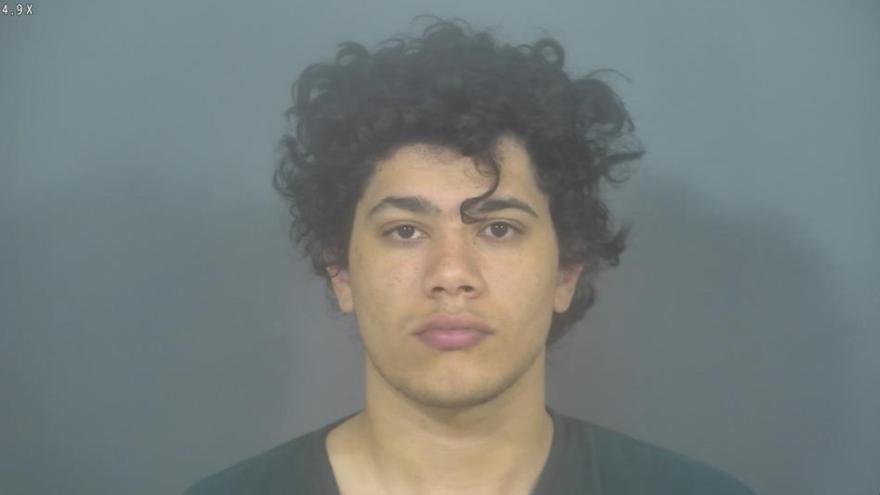 ST. JOSEPH COUNTY, Ind. – A man was arrested after he allegedly fired shots at a vehicle during a road rage incident, according to the probable cause affidavit.

Chandler Aponte was charged with one count of criminal recklessness.

On September 17, 2021, deputies with the St. Joseph County Police Department were contacted for a reported road rage incident.

Deputies spoke with the reporting party, who said he and his girlfriend were driving to dinner when a red Ford Escape got behind their car and began tailgating him and honking at a roundabout.

The victim got off the roundabout and pulled to the side to let the Escape go around him.

The victim said the Escape was driven by a woman and the front seat passenger was a man, who was later identified as Aponte.

After the Escape passed the victim, the driver and passenger began yelling at the victim, according to reports.

When the Escape pulled past the victim, Aponte allegedly leaned out of the window with a handgun and fired one shot at the victim.

The victim chased after the Escape to get a license plate and fired a shot from his own handgun, reports said.

Aponte then allegedly leaned out of the window again and fired multiple shots toward the victim.

The victim had a dash cam on his vehicle and video captured by it matched the description of the incident he gave to police.

At one point, Aponte called police and said he was involved in a road rage incident in which a Silver Acura, driven by the victim, had been tailgating him and fired the first shot, reports said.

Aponte said he fired his rounds in self-defense, police reported.