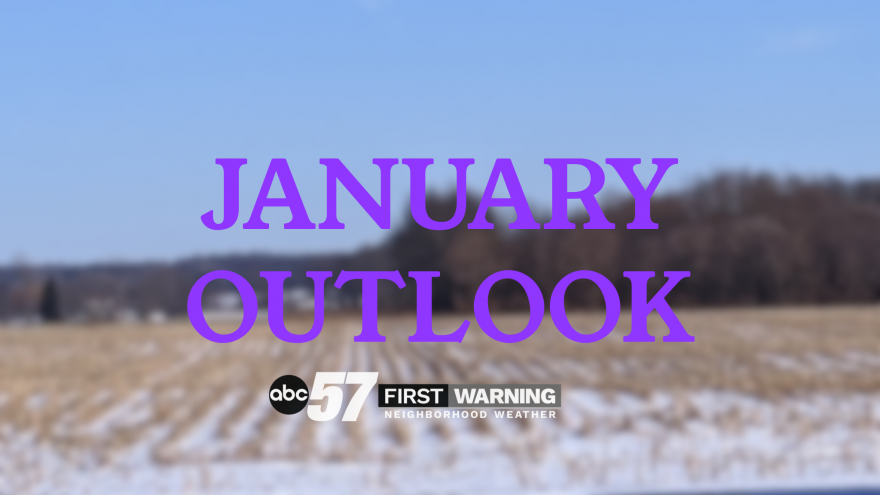 SOUTH BEND, IND – The mild, nearly snow-less weather of December continues into January. There is little sign of any harsh winter weather through the middle of the month.

December 2019 finished just outside the top ten, the 11th warmest December on record. The month saw record heat the last week of December with highs in the 60s, two records were set on the 26th for the warmest maximum and minimum temperatures. 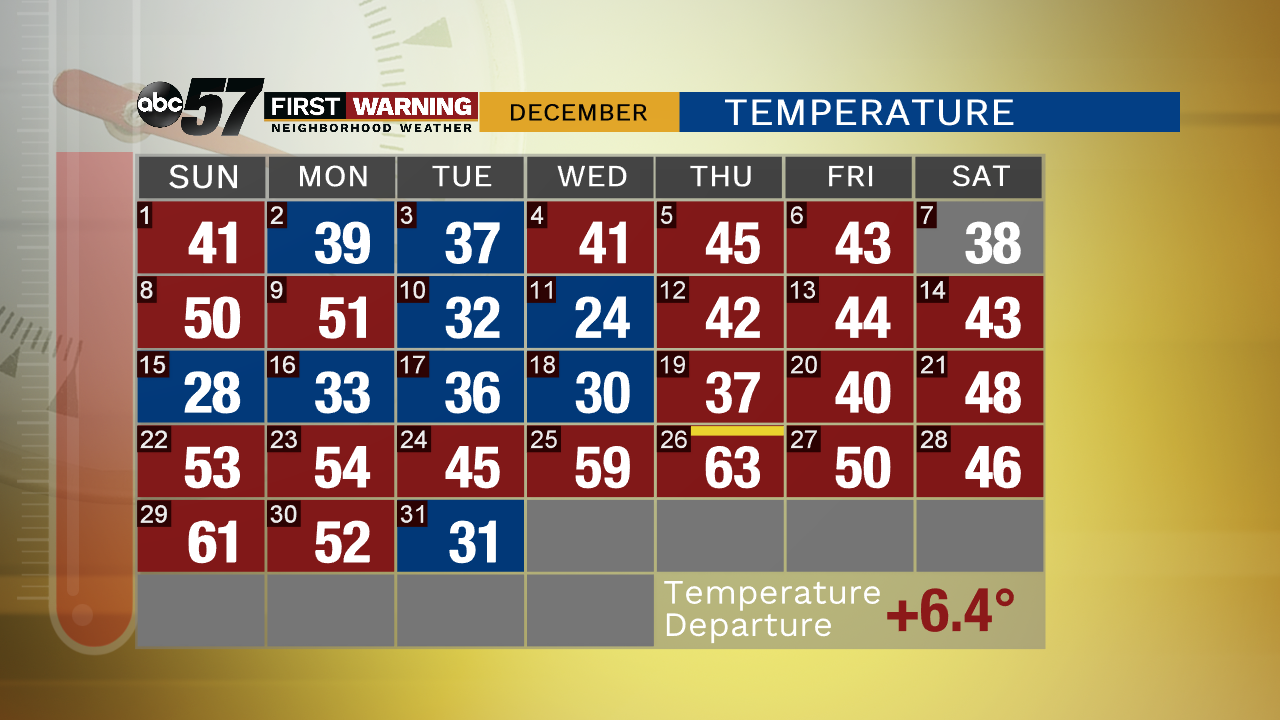 Four recent Decembers (since 2010) have cracked the top 15 warmest on record. 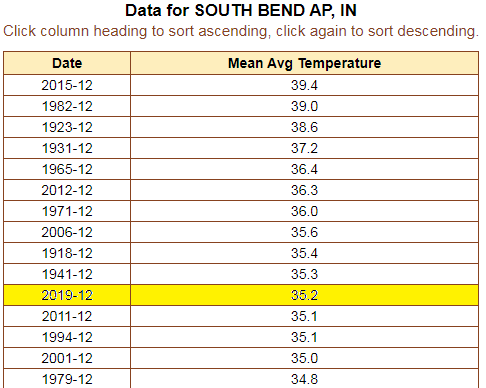 The mild temperatures also resulted in less snowfall, snow on the last day of December kept 2019 from breaking the top 10 least snowy on record, ranking 17th. 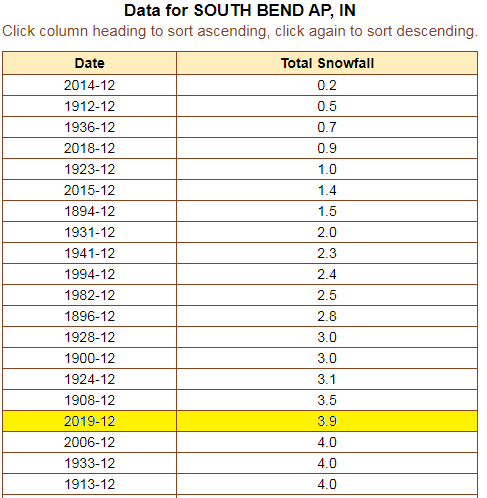 This has also been a significant trend this decade, a majority of the Decembers saw well-below normal snowfall. 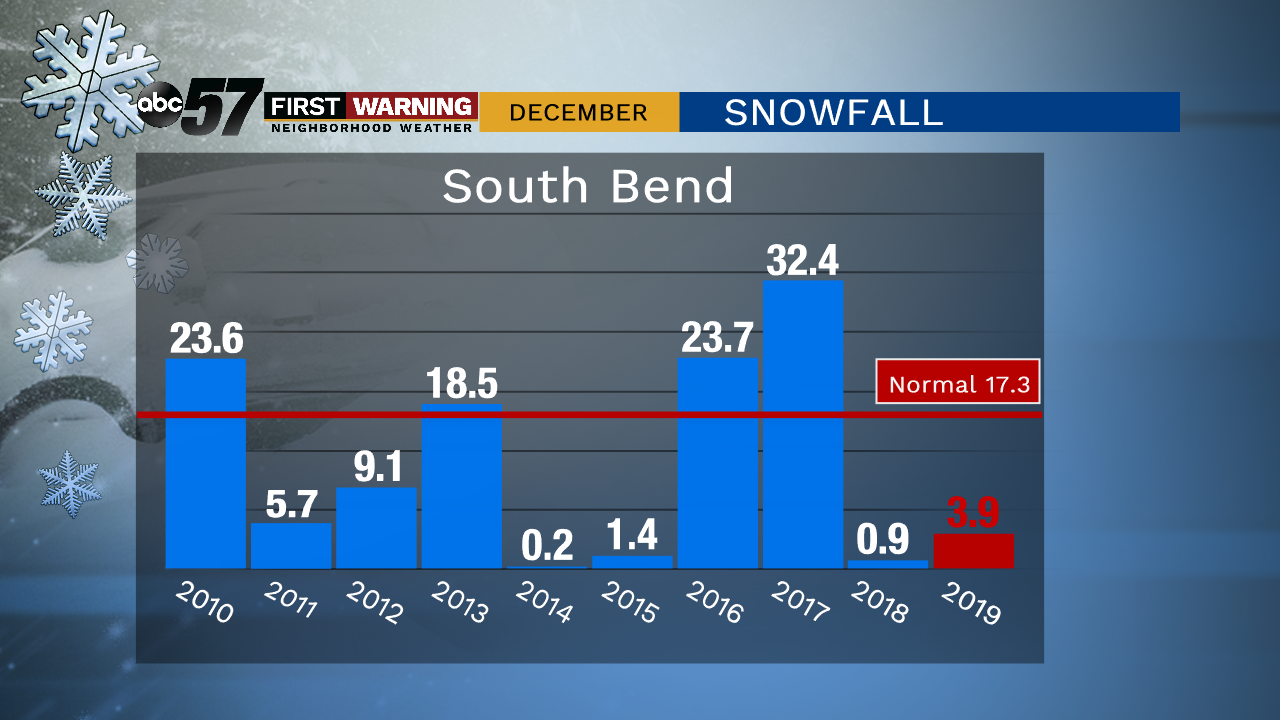 January 2020 shows little sign of changing the mild, mostly snow-less trend, at least through the middle of the month. The temperature outlook shows high confidence in above normal temperatures.

Some perspective, January is typically the coldest month in South Bend. The average high temperature is usually below freezing. 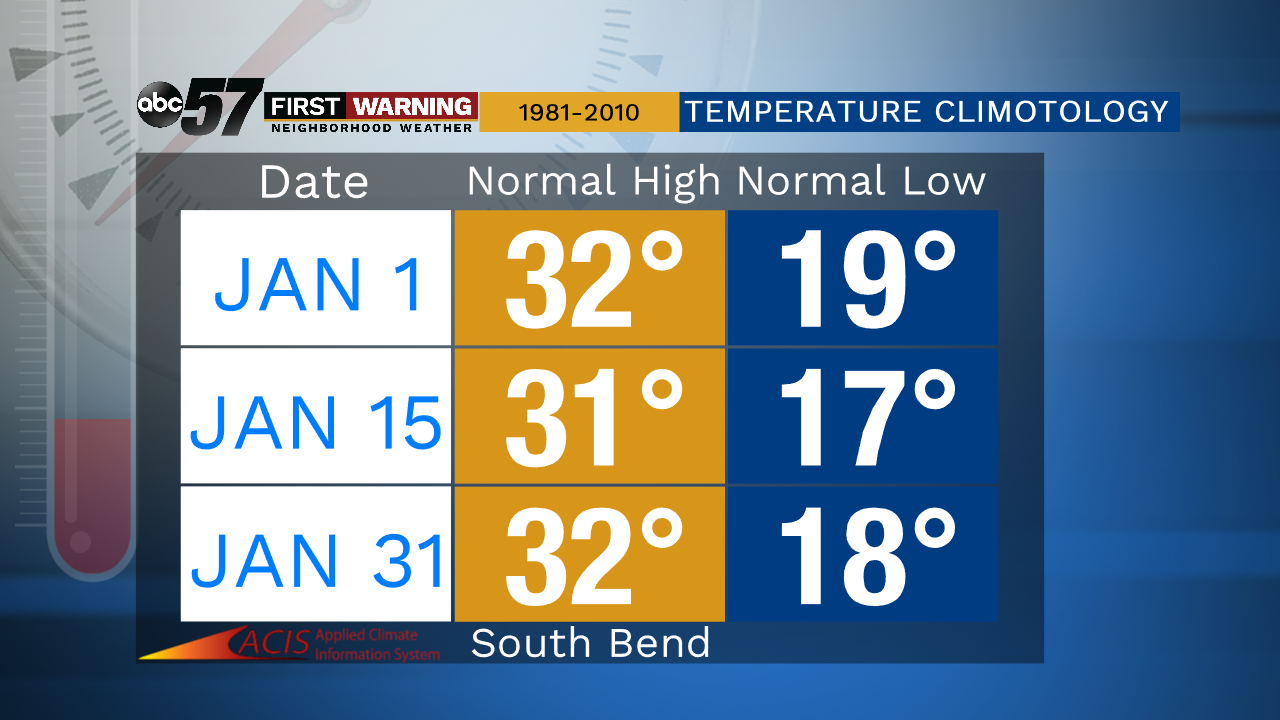 High confidence in much above normal temperatures will mean highs, and even some lows above freezing. That would also reduce the snow potential. 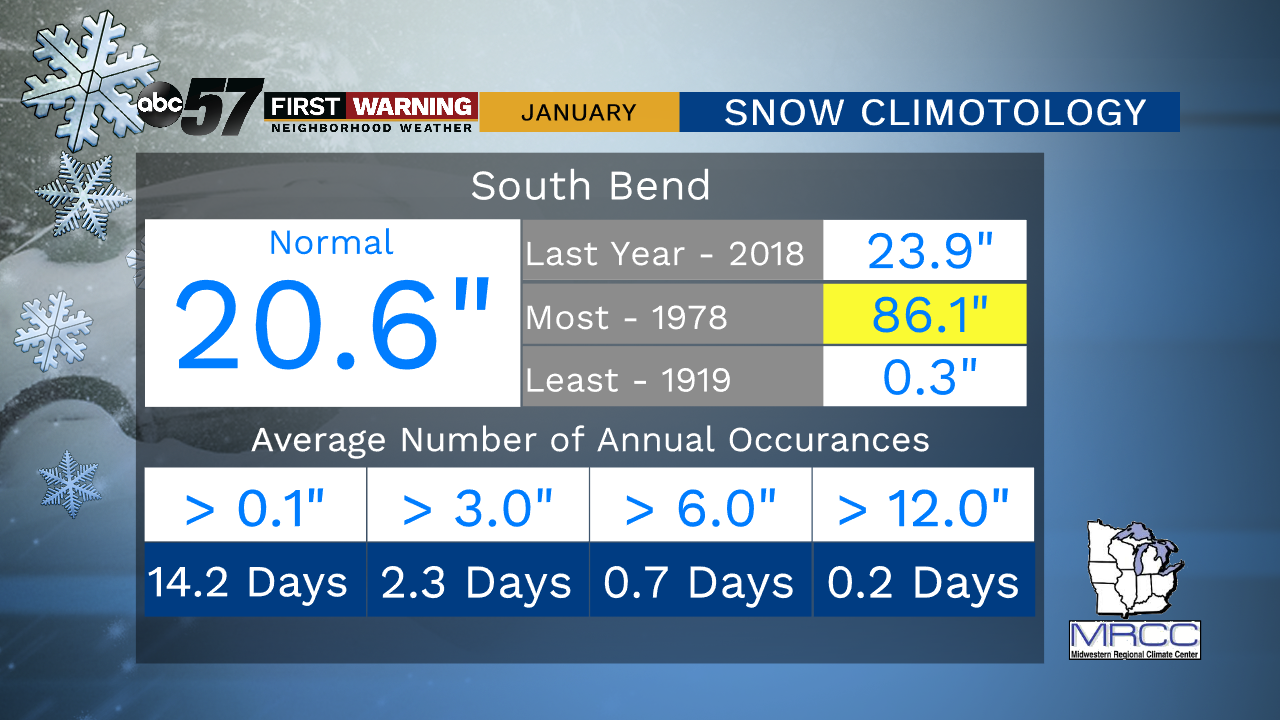 At this point, unless the pattern changes significantly or we have a blockbuster storm at the end of the month, we’ll likely have below normal snowfall.

The season so far continues to under perform, even compared to the already conservative winter outlook. Models do hint at some changes to end the month but a strong signal for major cold lacks confidence.