SOUTH BEND, Ind. -- You've likely heard about this year's winter flu season getting off to a very fast and dangerous start. The Southeast has been hit especially hard through early December, but more states are seeing their flu activity ramp up.

According to CNN, Children's Hospital New Orleans has seen more than 1,400 flu cases as of December 3rd. At the same time last year, they only nine reported cases. 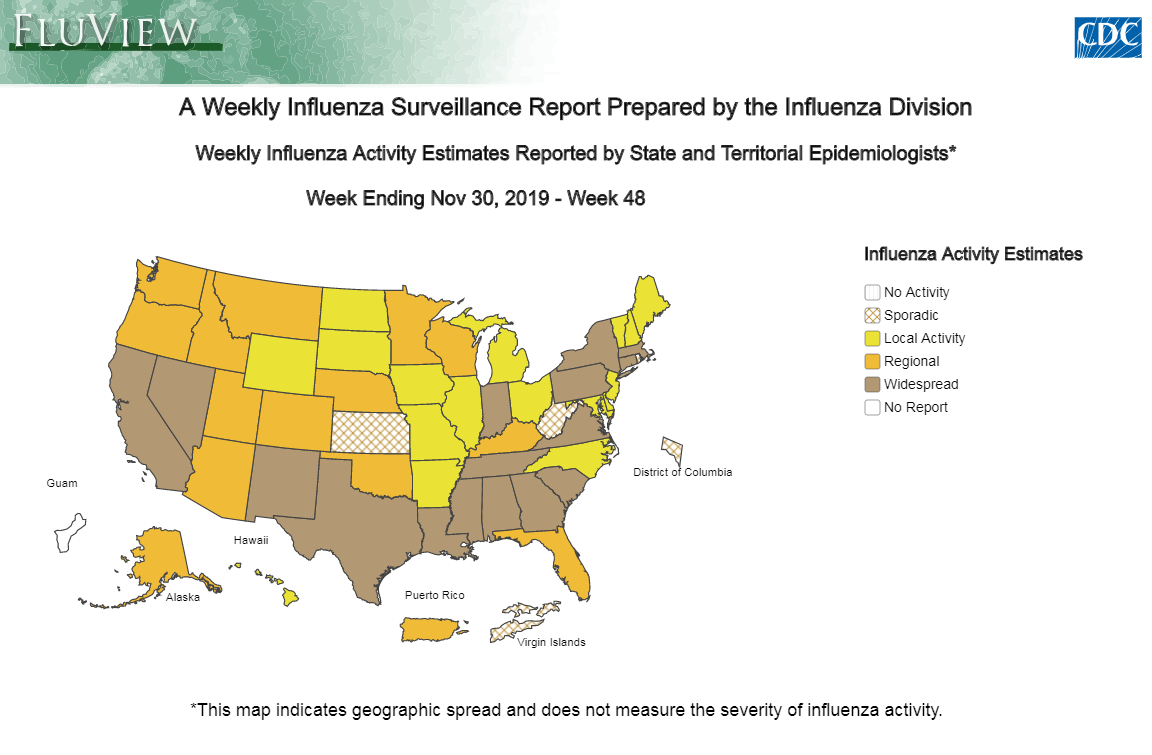 The Hoosier State is the only state in the Midwest region in the CDC's level 5-of-5 "Widespread" flu activity category. 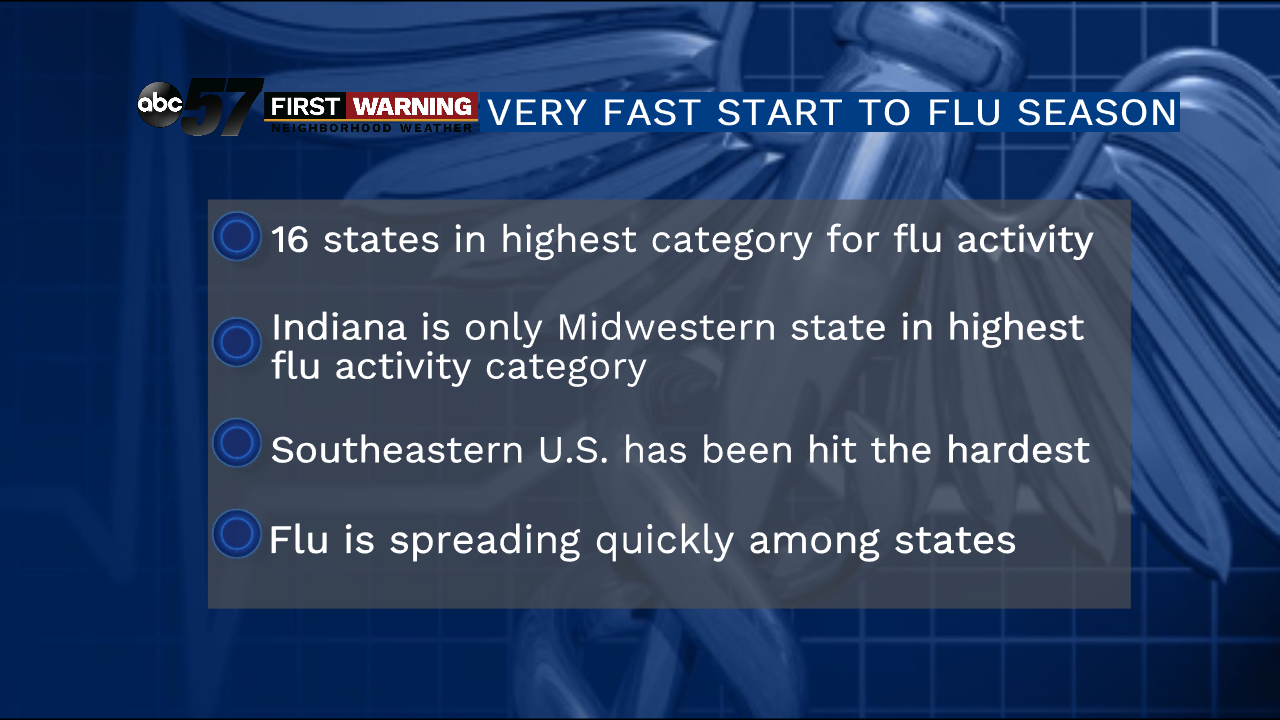 The next closest states, geographically speaking, with widespread flu activity are Pennsylvania and Tennessee. 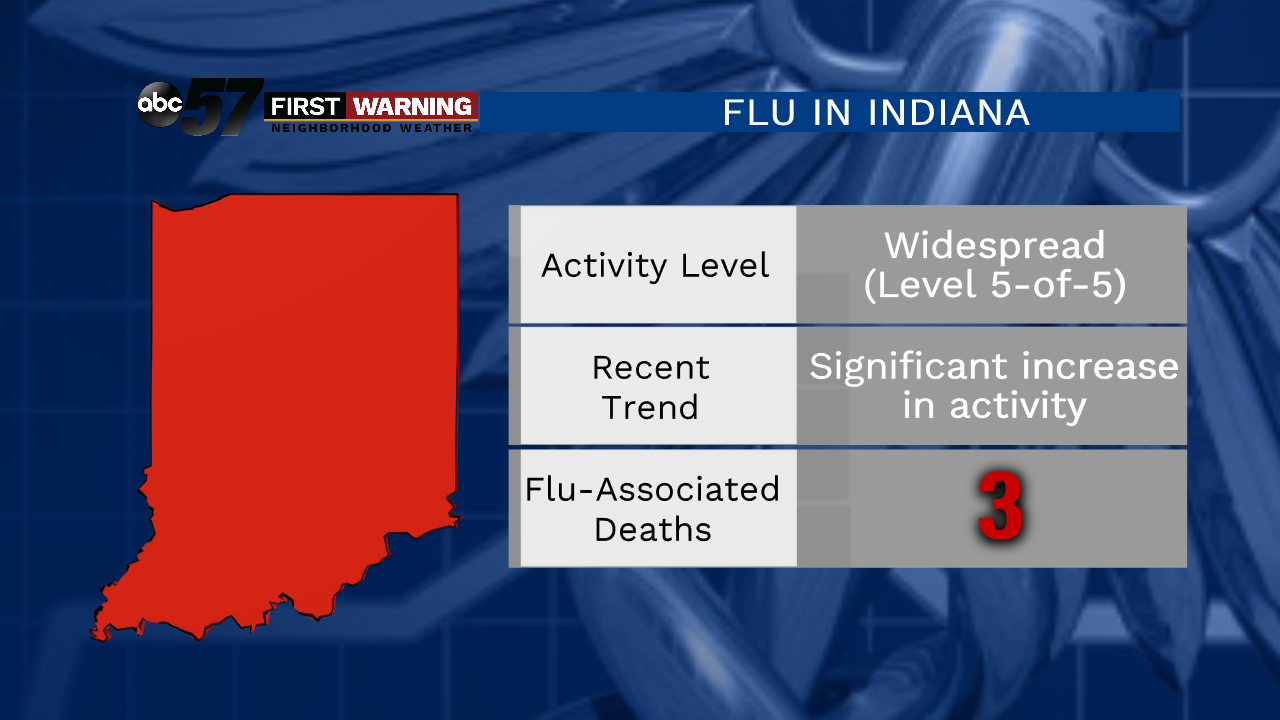 The Indiana State Department of Health issues weekly influenza reports to break down how the virus is impacting the state as a whole.

Through December 6th, most influenza patients in the state have been between the ages of 0 and 24. The state has reported three influenza-associated deaths to date. Those have all been in people 65 and older.

What may be the most alarming point regarding this flu season thus far is that it is starting noticeably faster than each of the last four years. If the trend continues, this could go down as one of the worst -- if not the worst -- flu seasons in state history.