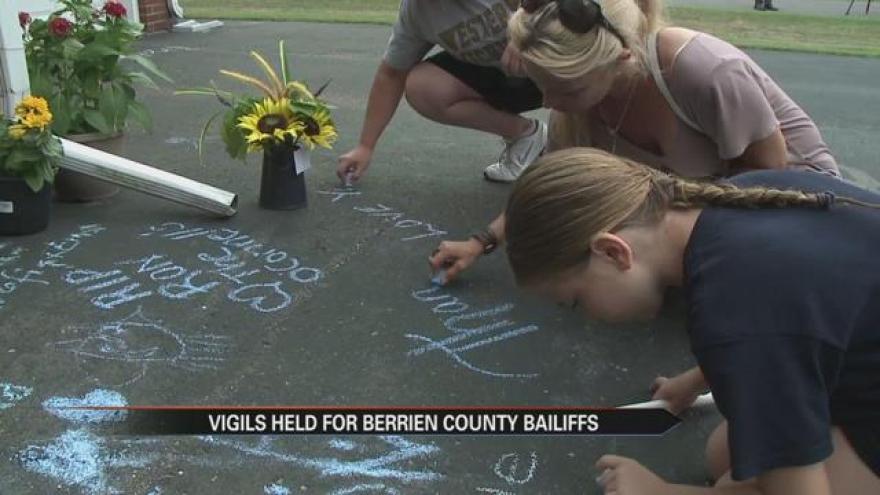 Tuesday was a night of remembrance after a day of disbelief.

Love ones in Berrien County paid tribute to the two fallen officers.

Co-workers, friends and family remembered Kienzle as a man who died trying to do what he did best.

Marletta Seats, a Berrien County Commissioner, says during the shooting, Kienzle went into a courtroom to warn others to get to safe place.

She says he was shot shortly after that.

“That was Ron,” said Seats. “All he knew was to protect and serve.”

Other leaders were still in mourning Tuesday.

“He was a wonderful man. He had a great sense of humor. He kept order in the court,” said Judge Pasula.

Hundreds came together to celebrate the life and legacy that Kienzle and Zangaro left behind.

“We’ve lost,” said Seats. “There is a void in the county because of Joe and Ron and this void will forever be here.”

Seats says the funeral service for Zangaro will be held Friday at the Mendel Center in Benton Harbor.