Human remains found in vehicle identified as woman missing since 2002 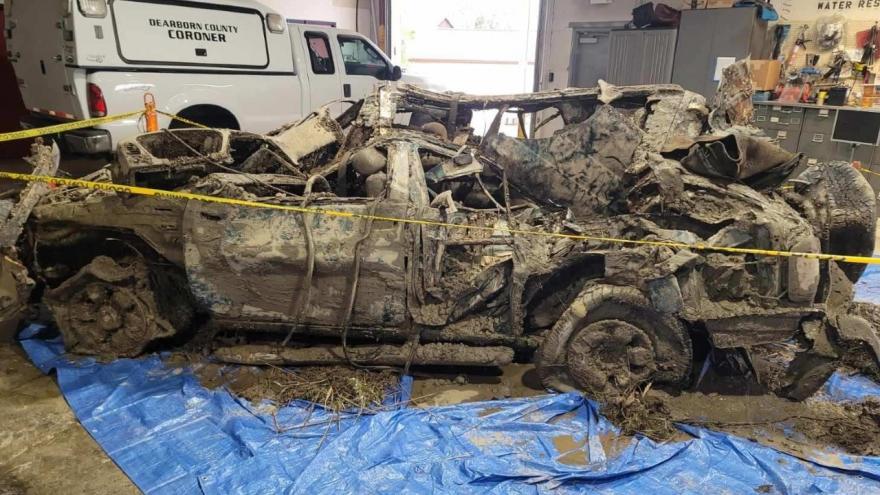 DEARBORN COUNTY, Ind. -- Human remains discovered in a vehicle that was submerged in the Ohio River have been positively identified as Stephanie Van Nguyen, who disappeared in 2002 with her two children, according to the Dearborn County Coroner.

A note Nguyen left in April 2002 indicated she was possibly going to commit suicide and take her children with her, investigators said.

New technology and a renewed search led to the discovery of Nguyen’s 1997 Nissan Pathfinder in the Ohio River in 2021.

A bone recovered from the vehicle, a fibula, was taken for further analysis.

No remains from the children were located. For now they will remain listed as missing persons.

There are plans for another dive to search for additional remains when the weather improves.