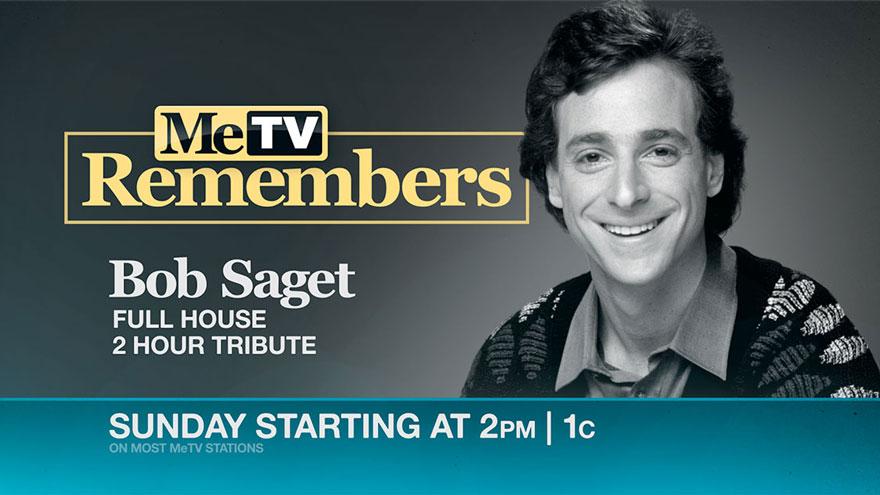 For a lot of kids who grew up in the '90s, the first TV dad they think of is Danny Tanner, the cleanliness-obsessed widower raising three daughters from Full House. Bob Saget played the dad as loving and understanding, even when he got over his head with the wacky hijinks caused by his house full of collected family.

Danny Tanner was the core of the Full House home. After he loses his wife, his childhood best friend, Joey Gladstone (Dave Coulier), and his brother-in-law, Jesse Katsopolis (John Stamos) move in to help him deal with abruptly being a single parent. Danny is the responsible father figure to Joey's rapid-fire puns and impressions or Jesse's cool-guy immaturity. He's just a dad trying to do right by his daughters while balancing his work, personal life, and annoying neighbors.

Full House is joining MeTV Sundays at 2 p.m. ET, adding this family favorite to our lineup of classic TV. In honor of Bob Saget and in celebration of his career, we'll be kicking off the addition with a tribute to one of America's TV dads. It all starts on Sunday, January 16 at 2 p.m. ET.

2 p.m. ET "The Big Three-O"
Danny arrives at his surprise 30th birthday party only to discover that Jesse has accidentally driven his prized car into the bay.

2L30 p.m. ET – "Ol' Brown Eyes"
D.J. is horrified when she learns that her father, Danny, wants to sing at her school dance.

3:30 p.m. ET – "The Trouble With Danny"
Danny is thrilled that "Spring Cleaning Day" has arrived! He appoints chores to everyone in the house. When they gather to complain, Danny overhears. He reacts by becoming such a slob that the family asks him to be neat again.

You can watch Full House at its new home on MeTV every Sunday at 2 p.m. ET.

You can watch MeTV over the air or on cable/satellite: