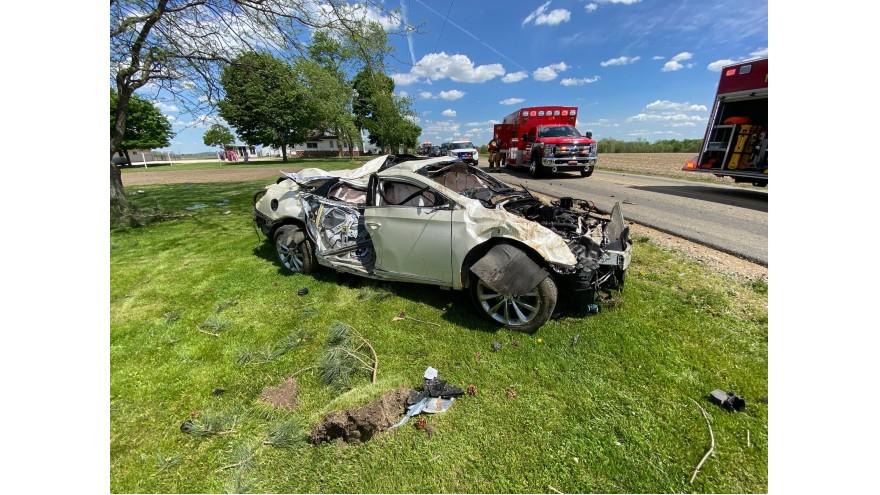 KOSCIUSKO COUNTY, Ind. -- The Kosciusko County Sheriff’s Office reported that a driver was killed in a single-vehicle crash on CR 1350 North around 2:30 p.m. on Friday.

Police say emergency personnel units were dispatched to the scene of a rollover collision on CR 1350, east of CR 300 West, that killed 25-year-old Marie Anglemyer, of Nappanee.

Initial investigation efforts suggest that the passenger side tires of the vehicle left the south side of the roadway while travelling eastbound, police say.

Police say this caused the vehicle to cross over to the westbound lane, exit off the north side of CR 1350 North, before striking a utility pole.

An injured five-year-old passenger was airlifted to a hospital from the scene, but is in stable condition, police say.

This crash is still currently under investigation.