DNA from discarded cigarette butt leads to arrest in burglaries 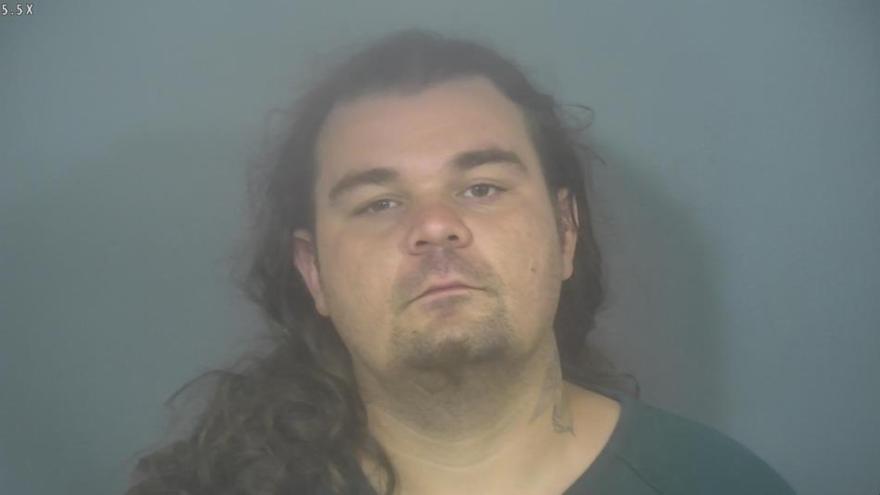 ST. JOSEPH COUNTY, Ind. - DNA from a discarded cigarette butt at the scene of a burglary helped police identify the man accused of committing multiple burglaries, according to the probable cause affidavit.

Zachary Gadacz was arrested on four counts of burglary.

On July 20, St. Joseph County Police Officers were called to a home on State Road 2 in South Bend for a burglary report.

At the home, the victim told police that it appeared his front door had been kicked in and that multiple items were missing from inside, including several shotguns, a Nintendo Gameboy, and a Nintendo Switch gaming system.

Police collected a cigarette butt at the scene and sent it to the Indiana State Police Laboratory for possible DNA testing.

The DNA recovered from the cigarette matched Zachary Gadacz.

On August 7, a second victim reported a burglary from his residence on Johnson Road.

The victim told police he came home to his front door damaged and that several items were missing from the residence, including brooches and a gold necklace with a diamond stone.

The victim said two jars of change, containing approximately $400 and $200, were also taken from the home.

On August 29, a third victim reported a burglary to his home on Pear Road.

The victim told police that numerous items were missing from his home, including two firearms, a leaf blower, and a chainsaw.

Officers found footprints near the back door and tried to get fingerprints off of a back storm drain but were not able to do so because of rain.

Later in the investigation, detectives learned a leaf blower and chainsaw with the same serial numbers as those belonging to the victim were pawned by Gadacz, according to reports.

On August 31, two more victims said they returned to their home on Grant Road while a burglary was in progress.

The couple saw a female carrying a bicycle out of their home. The female appeared startled and put the bicycle in the back of a SUV before getting into the passenger seat and leaving, according to reports.

The victims followed the SUV in their own vehicle. During the pursuit, the bicycle fell out of the back of the SUV.

The couple eventually got the bicycle back.

Officers at the couple's home found damage to an entry door near the garage.

The residence also appeared to have been ransacked, according to police.

On September 7, Gadacz was interviewed by police and allegedly admitted to committing the burglaries on July 20 and August 31.

Gadacz also admitted to taking part in the burglaries on August 7 and 29, reports said.

He also told police he kicked the door in at the home on Grant Road and that a bicycle was taken from the residence, according to reports.

He is due in court on September 21.