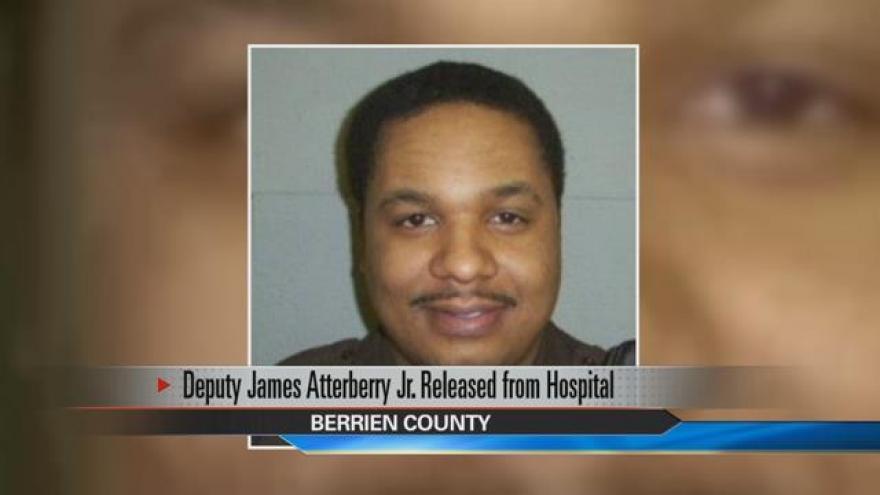 Deputy James Atterberry Jr. has been released from the hospital and is recovering from the injuries he sustained from the shooting at the Berrien County Courthouse.

The shooting happened on July 11th when an inmate, Larry Darnell Gordon, shot and killed two bailiffs and injured Atterberry and a civilian at the courthouse.

The family has asked for privacy during this recovery period.

The Berrien County Sheriff’s Office is holding a press conference on Wednesday July 20th at 10:00 a.m. to speak about information from the investigation that is still being completed regarding the shooting.