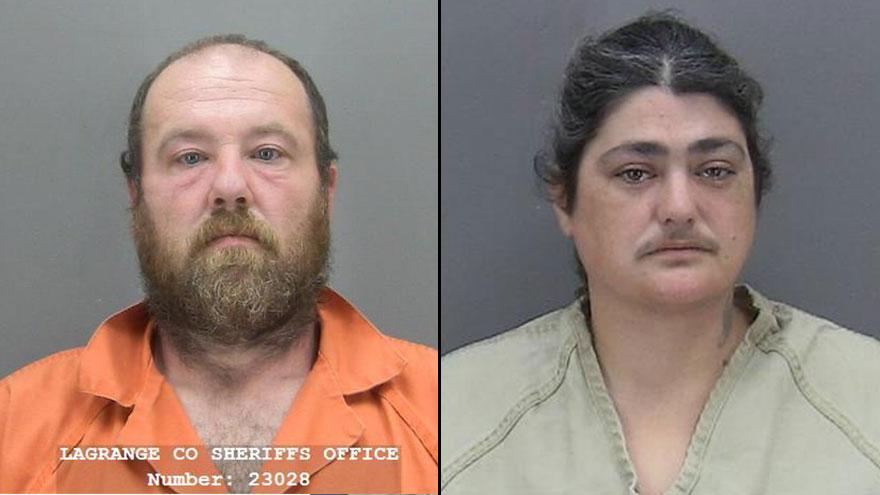 A married couple from Wolcottville has been arrested for allegedly molesting a 13-year-old girl over the last four years, according to Indiana State Police.

On May 19, the Indiana Department of Child Services contacted the ISP regarding the alleged activity.

An ISP investigation suggested 34-year-old Robert Hoff and 38-year-old Mandy Hoff had been engaging in sexual activity with a 13-year-old girl on a regular basis over the last four years.

Robert and Mandy were arrested and each charged with two counts of child molestation. Johndoe 3 days ago
Hopefully they get the Jeffrey Epstein treatment.
Like Reply Delete

Arrest made in murder of 59-year-old Three Rivers resident