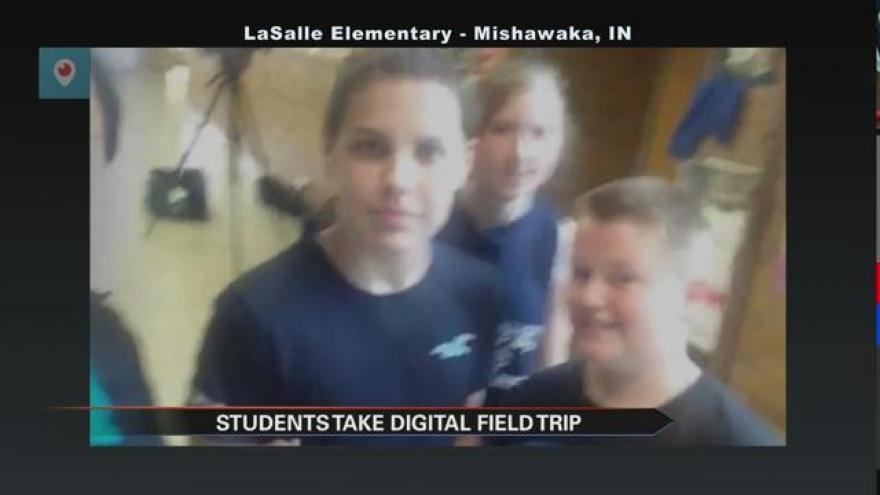 LaSalle Elementary Room 216 has been using social media to connect to the outside world all year long.

"We are able to interact with the real world if you will you know authors, CEOs, engineers, and scientists. All those people are willing to share and communicate with my classroom through social media. So when we put the good things out there that we're doing they want to be a part of it and we want to be part of what they're doing," said teacher Eric Johnson.

Because their teacher feels his students need to learn how to use social media in a positive way at an early age.

"Now we've worked on writing and reading and science and math and all that and this is a great way to get all those things put together in one kind of project, one kind of experience for the kids. So I came across Noah out in Boulder. He said he knew somebody at Sphero and we just started tweeting back-and-forth (like everything I do) and so they said how about we do a virtual field trip?"

So thanks to a new Twitter follower and a new social media app called Periscope this classroom will be traveling all the way to Colorado to learn about robots at a company called Sphero.

"I think its very cool and once-in-a-lifetime opportunity to be able to visit the company that created Sphero which is helping children all over the country and the world program. I think it's very cool to meet designers that thought of it and what their desire was for Sphero," said student Tyler Fair.

We also spoke to Noah Geisel who will be streaming the live video on his tour in Colorado to the class. He told us that this kind of digital field trip has never been done before.

"They'll be able to project the live feed and then using their teachers twitter account they'll be able to basically raise their hand and ask questions. As we are filming on our side on our screen I'll be seeing the video of what I'm actually videoing as well as their tweets will come in on my screen telling me 'hey can you walk closer to that? want to get a close-up of that or can you turn to your left or ask her this.' So it'll be highly interactive and in a sense they are the remote control and I'm  the robot. I'm really just the median to help them have the experience they need to have."

Which Johnson's students tell us makes this classroom a very cool learning environment.