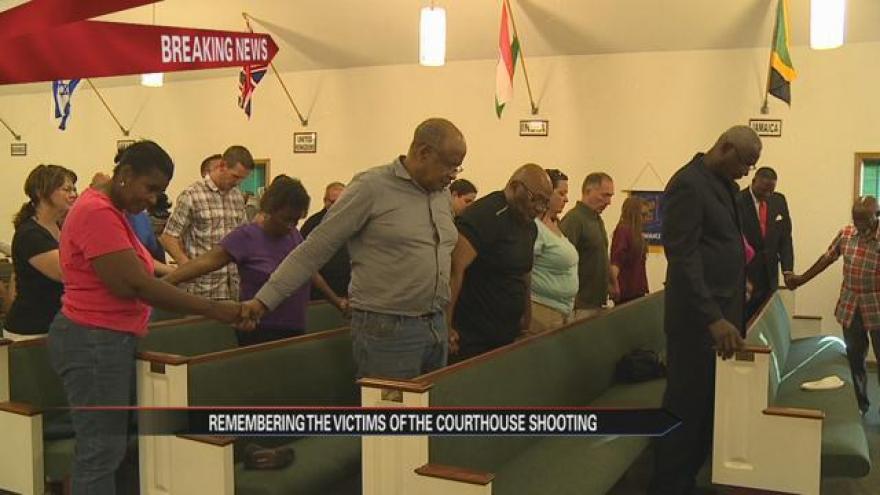 Prayer warriors were out in full force in Benton Harbor as they try to send love and light to the grieving families of the Berrien County courthouse shooting.

People of all backgrounds stood together at Brotherhood of All Nations church, really putting power behind that name.

Two court officers were shot and killed. Joe Zangaro was chief of security. and Ron Kienzle was a bailiff

Two others were shot. A civilian, who witnesses identify as Kenya Ellis, is from Benton Harbor.

Both are in stable condition.

Atterberry's uncle described the feeling he shares with much of the community.

"It's devastating,' said Robert Atterberry. "It's terrible the stuff that's been going on here and all over this country. It's just saddening. As a minister, I've been praying and crying out to God for peace in our country. All over the world. And this thing hit home."