Four suspected hot spots for prostitution and human trafficking in St. Joseph County are back open, and investigators still have not filed any criminal charges.

As ABC57 reported in June, the St. Joseph County Police raided four massage parlors and a home belonging to the owner and operator, James Belkiewitz, following a year-and-a-half-long investigation.

Authorities say multiple women were found living inside the businesses, some trafficked and forced to work, with several admitting to sexual activity taking place.

It's not clear when, but all four massage parlors have since reopened. According to the county, some are under new names or new ownership. The county health department tells ABC57 all have paid necessary fines and come into compliance based on inspections. 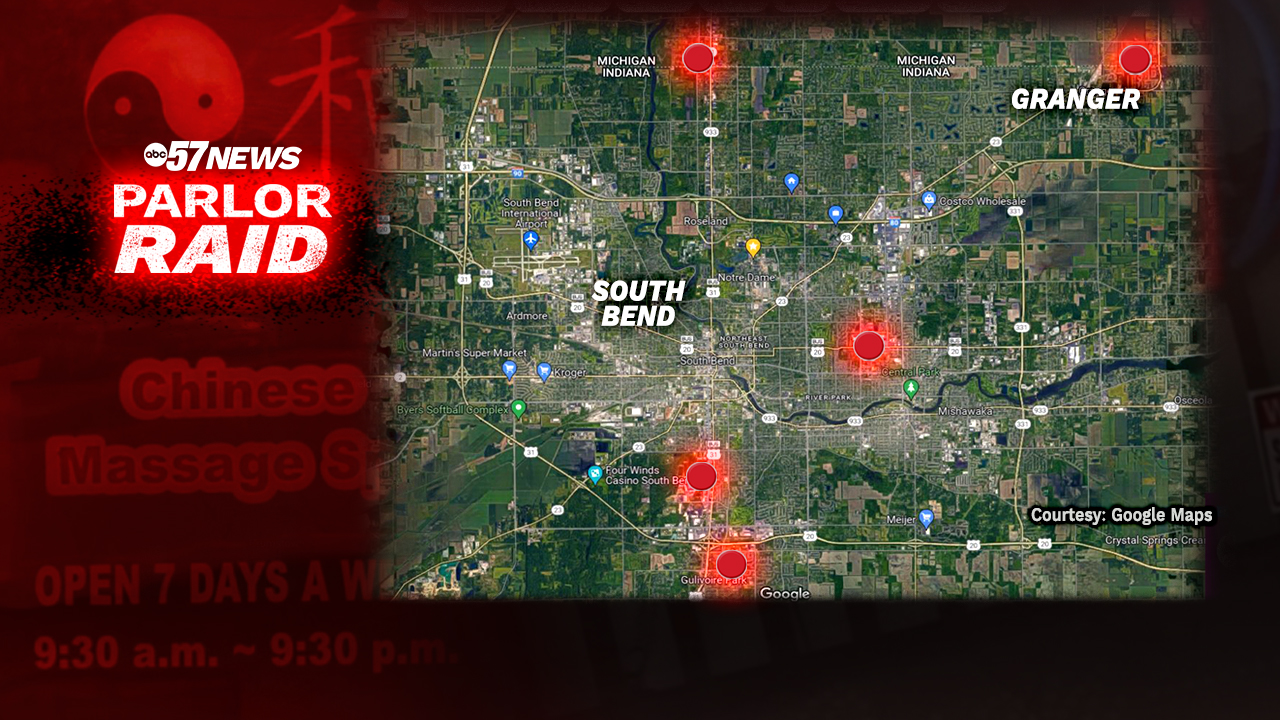 Location of the massage parlors and home raided back in June

The St. Joseph County Police Department declined ABC57's request for an interview, but its Public Information Liaison Troy Warner said in an email that SJCPD expects to present the case to St Joseph County Prosecutor Ken Cotter in the next two weeks. Cotter will then review the evidence and decide how to move forward with charges.

"[The] Police Department does not have the legal ability to close down the businesses permanently. Once our investigators completed the warrant searches the parlors were legally able to open back up," Warner wrote in part.

President of the Indiana Coalition to End Sexual Assault and Human Trafficking, Beth White, said human trafficking is often difficult to prosecute because of the vulnerability of the victims involved which made them targets in the first place.

"For them to come forward and say, 'I've been the victim of this, and I no longer want to be a part of this, and I want to hold people perpetrating this against me to be held accountable' takes an enormous amount of courage," White said.

Following the initial busts at the four parlors, authorities said victims would be assisted while returning to their country of origin. St Joseph Police said at least two of the victims asked for help.