When Arike Ogunbowale found out a 6-year-old girl was a huge fan and couldn't find a Notre Dame women's basketball jersey with the number 24 on it, Arike stepped up to help out.

6 year old Amelia Connolly may be small in stature but she says she’s a huge Notre Dame women's basketball fan.

"She is so intense watching it. She is yelling at the players, 'No turnovers. Make your free throws.' Just so intense and she knows all the players and she cheers for all of them," said Mike Connolly, Amelia's dad.

One player in particular holds a special place atop the rest.

"Arike is my favorite player because she scored the last two shots in the National Championship," Amelia said.

"That was pretty crazy and then Sports Illustrated camp and then, every night for a month, she wanted to read the cover story for her bedtime story. And we have a photo of her reading it in her bed and every night that's what she wanted to read when she went to bed, was the National Championship game and she was so excited for this season to start again," Mike said.

Amelia comes by her love of Notre Dame naturally. Her aunts and grandparents all went to St. Mary's or Notre Dame.

Her mom Noreen graduated from St. Mary's and Mike is a Notre Dame alum. The two met while working for the student newspaper The Observer.

From family ties to a national championship dream come true when it came to the perfect birthday present Amelia only wanted one thing - an Arike jersey.

It was important for Amelia to find an Arike jersey.

"Because other little girls who are 6 may want them, too," Amelia said.

Women's jersey's are not available on sites like fanatics.com, but you can find them in the Hammes bookstore in person and online in both youth and adult sizes. However, Arike's number 24 isn't available.

Representatives from Notre Dame say schools have to place their jersey orders 16 to 18 months in advance. So the inventory you see now was most likely ordered in the spring of 2017.

Amelia's plea resonated with Irish basketball fans and even caught the attention of Arike herself.

Arike not only retweeted Amelia, helping her to go viral, but she also arranged for Amelia and her family to come to South Bend to see the Irish play in person.

When Amelia arrived, there was a special gift waiting.

"I was able to get, the closest thing to a jersey we could find, but with my number on it and have her come out to a game and be able to give it to her personally," Arike said.

"I think it's great that these young girls can look up to my team as role models. And to have something like that happen, Arike was so excited about it," said Head Coach Muffet McGraw. "Arike's got so many fans and when we're on the road, we have to get security for her to get her back on the bus, so many of the young kids wanting to get her autograph and pictures. So it was great we were able to see this one through and that Arike was able to help out."

Mike says this showed his daughter she can make a difference.

"It's important for her to feel like she has a voice. That she can be convincing and that she can take action out of it. That she feels empowered," Mike said.

Coach McGraw says they can’t do something personal for every fan out there but they try their best. She loves that young girls can look up to her team as role models. 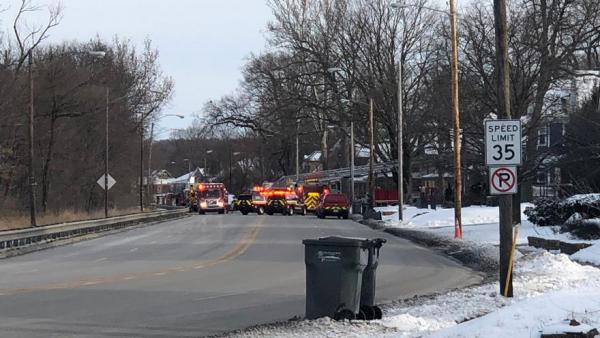