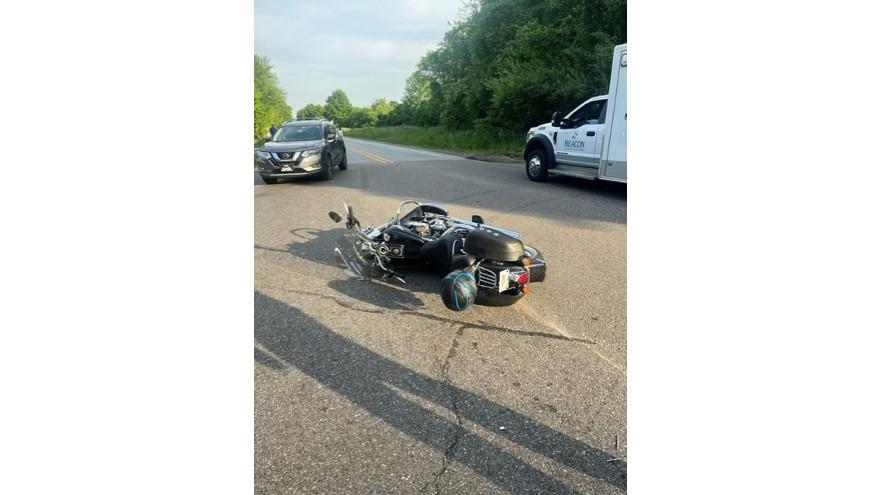 MILTON TOWNSHIP, Mich. -- The Cassopolis County Sheriff’s Department responded to the call of a two-vehicle collision in Milton Township at the intersection of Redfield Street and Gumwood Road around 7:17 p.m. on Tuesday.

According to the initial investigation by responding deputies, 36-year-old Osceola resident, Brian Sokoloski, attempted to pass another vehicle driven by 48-year-old Portage resident, Anthony Tokarski, who was attempting to turn west onto Redfield Street.

Sokoloski's motorcycle collided with Tokarski’s vehicle, and Sokoloski has now been transported to South Bend Memorial Hopsital by ambulance for injuries sustained during the crash.

His condition is currently unknown, although it was reported that Sokoloski was not wearing a helmet at the time of the crash.