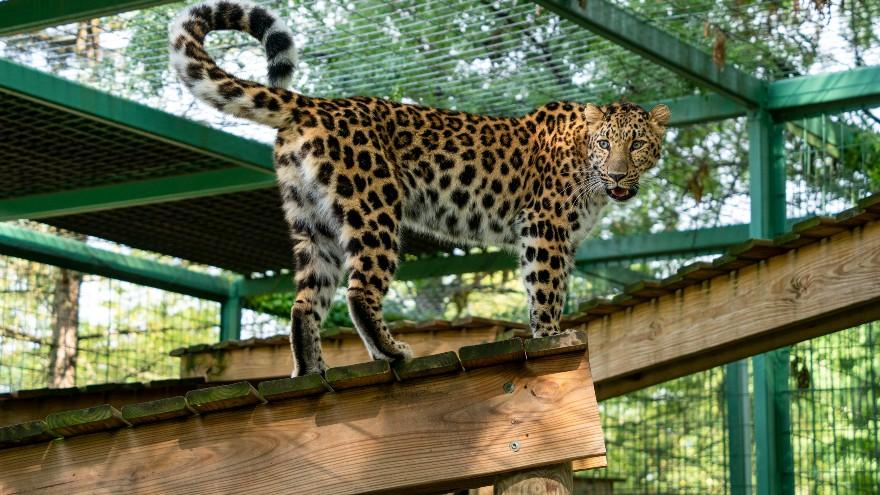 Anastasia's mother Jade was born at the Potawatomi Zoo in 2010.

Amur leopards are a critically endangered subspecies of leopard that are native to southeastern Russia, northern China, and the Korean peninsula.

However, loss of habitat, poaching, and fragmentation of the population have led to a significant decline in the number of wild Amur leopards, with fewer than 100 left in the wild in the Russian Far East.

"There are fewer than one hundred Amur leopards in the wild and only about one hundred in zoos," said Potawatomi Zoo Executive Director Josh Sisk.  "Each one is precious and critical to understanding this species and hopefully, someday, bringing them back from the brink of extinction."

Anastasia will have indoor and outdoor access as she gets used to her new home, and the public should be able to see her when she chooses to be outside.