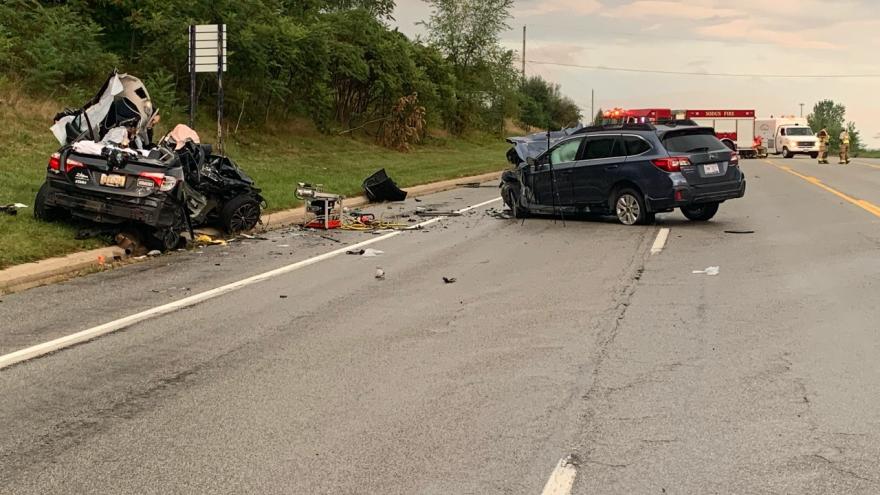 BERRIEN COUNTY, Mich. – Michigan State Police have identified the two people who died in a crash in Sodus Township on Monday.

At around 6 p.m., a 2015 Toyota Corolla was traveling eastbound on Sodus Parkway when it lost control on the wet roadway and crossed the center lane and into the westbound lanes, according to reports.

The Corolla was then struck on the passenger side by a 2018 Subaru Outback that was traveling westbound on Sodus Parkway, reports said.

The crash caused serious and fatal injuries to the three occupants of the Corolla.

The driver of the Corolla, identified as 42-year-old Robert Keys of Niles, and his front seat passenger, identified as 13-year-old Sylas Keys of St. Joseph, were pronounced dead at the scene.

An eight-year-old was also injured in the crash and remains in critical condition.

All occupants from both vehicles were wearing seatbelts.

*Note: In a previous version of this story, we incorrectly stated the crash occurred in Niles. We apologize for this error.