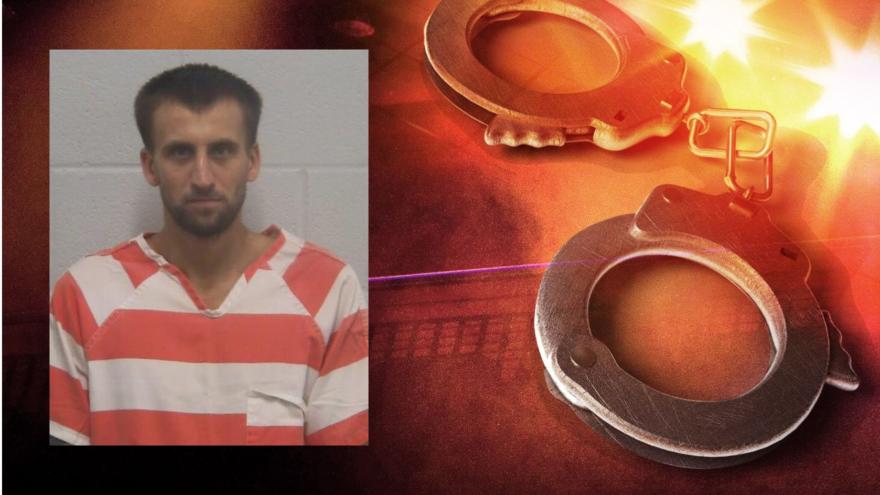 FULTON COUNTY, Ind. - A North Liberty man has been charged with murder in connection with the death of a 3-month-old in July, according to the Fulton County Sheriff's Office.

Despite lifesaving efforts, the infant, three-month-old Wrensley Swihart, was pronounced dead at the scene at 7:44 a.m.

Corbett was identified as the boyfriend of the victim's mother.

At the scene, Corbett told deputies he and the child's mother got back to the residence around 10:30 p.m. on July 16 after working in Warsaw.

They all went to bed shortly after getting home and all sleep in the same bed, he said.

Around midnight, the victim woke up and Corbett fed and changed him and then went back to bed, Corbett said.

The only people at the home Saturday night through Sunday morning were Corbett, the victim, and the victim's mother, he said.

When confronted about the bruises deputies found on the victim's mouth, Corbett said he first saw the bruises on Wednesday or Thursday of that week but couldn't confirm, according to reports.

An autopsy conducted on July 18 found that the victim died at least in part from a brain bleed.

The final report would take more time due to the fact the victim had had cranial surgery in the past, reports said.

On July 19, deputies spoke again with Corbett, who went into more detail about the evening before the victim died.

The victim went to bed with his mother around 11 p.m. while Corbett stayed up.

The victim woke up around 12:30 a.m. and his mother asked Corbett to feed him.

After feeding him, Corbett laid the victim back down with his mother between 1 and 1:15 a.m. and then went to bed himself around 1:30 a.m.

When asked about the initial autopsy findings, Corbett did not have an explanation as to how the brain bleed could have happened, reports said.

Corbett allegedly denied that any accident caused the bleed but that the victim didn't wear his helmet as much as they were told he should because he was fussy and the helmet made him sweat.

During an investigation with the Indiana Department of Child Services, Corbett and the victim's mother took drug tests.

The victim's mother tested positive for THC, according to deputies.

An autopsy finalized on December 2 showed the victim tested positive for amphetamine and methamphetamine.

The autopsy stated that the victim died of blunt force trauma to the head with methamphetamine toxicity listed as "other conditions".

His manner of death was ruled a homicide.

A neuropathology report within the autopsy found that injuries to the victim's brain were evident of "non-accidental blunt impact head trauma occurring contemporaneously".

During an interview with Corbett and the victim's mother on December 14, Corbett reiterated his original statement from July and that when he laid the victim down, everything was "normal," reports said.

He could not explain the methamphetamine found in the victim's toxicology report, according to deputies.

Corbett allegedly said his own test must have been wrong because he doesn't use methamphetamine.

The child's mother reiterated the same statement as Corbett from the night before the victim's death and said she did not inflict any of those injuries onto her child.

She said she did not know Corbett used methamphetamine and that he told her the positive test must have been from an Adderall he took a couple weeks before, reports said.

Corbett was arrested without incident on Saturday.

He is being held without bond in the Fulton County Detention Center.