Next round of snow is on the way for tomorrow morning

NOW: Next round of snow is on the way for tomorrow morning

The weather this evening looks mostly quiet and chilly with temperatures dropping into the teens before midnight. Our next big round of snow will arrive tomorrow morning. Snow showers will move into Michiana around 4-5am. Things will turn scattered by 6-7am, so make sure to leave yourself extra time for your morning commute. Widespread snow will impact Michiana throughout the morning and early afternoon before moving further east. Behind this system, lake effect snow will develop and impact LaPorte, Berrien, western Cass, and northern St. Joseph counties through Tuesday morning. Most of Michiana should expect an additional 1-3 inches of snow, with totals closer to 3-5 inches in the previously mentioned counties. This does not include the added snow from the lingering lake effect into Tuesday. Here we could see another 2-4 inches of snow accumulation. Travels will be difficult during the evening commute on Monday. After this round of snow moves out, dangerously cold temperatures move into Michiana. Wednesday and Thursday morning, we could see our coldest temperatures of the winter season yet. 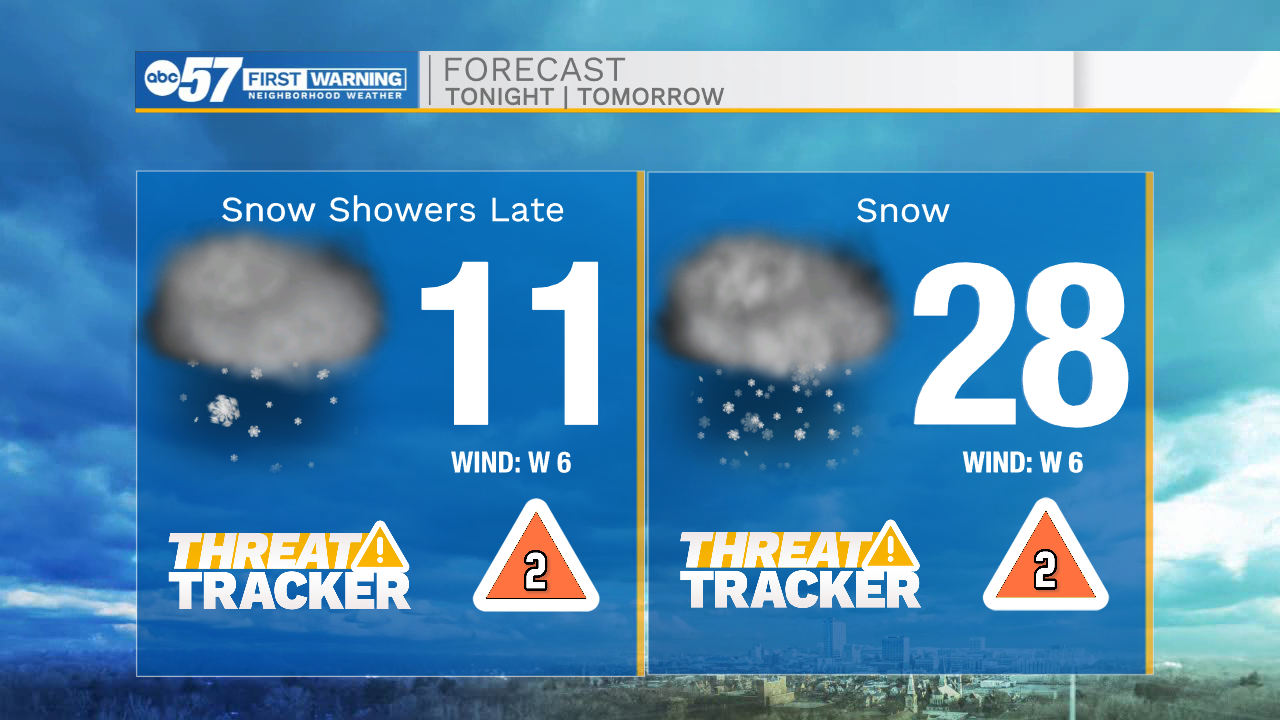 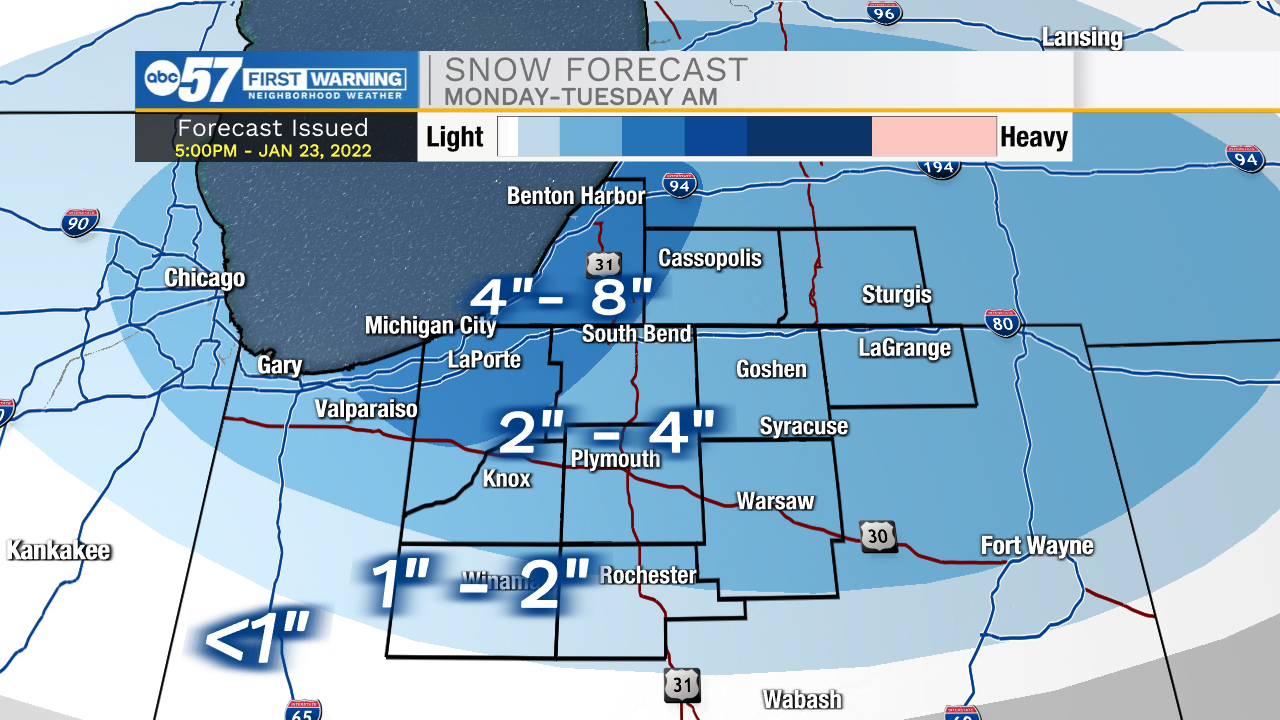