SOUTH BEND, Ind. --- A woman claimed her apartment on South Bend’s southwest side is covered in mold and it has made her and her three children sick.

Brandy McGhee has been a resident at Prairie View apartments for three years, but with the current conditions, she told ABC 57 that it has been difficult to live there.

McGhee told ABC 57 she really noticed just how bad the mold had gotten back in May. Mold covered windowsills throughout the home and even the walls on the outside of the apartment complex.

McGhee filled out a work order and waited for help. After three weeks went by, she reached out to on-site management who told her the mold was just dirt, according to McGhee.

However, paperwork McGhee shared with ABC 57 from an urgent care visit pointed to something much worse than that. Toxic mold was listed for the reason for medical prescriptions.

“We cannot breathe in this mold,” said McGhee. “Me and my children are sick…we cannot do that. And before I even really got that full sentence out she told me ‘No—We’re not moving you. No. We’re not moving you,’” and I said, 'Well, what are you going to do?", explained McGhee.

The family has had a number of health problems including constant headaches, runny noses, sore throats and more, according to McGhee.

McGhee told ABC 57 that the documentation of health problems did not help her case.

“They didn’t care about me, or my babies,” said McGhee.

Throughout the past couple of months, McGhee reached out to management and corporate several times, but still did not receive help.

Marlaina Johns, Interim Director with Code Enforcement, told ABC 57 that there is only so much they can do because there are so many different types of mold and that is not their area of expertise. However, they can determine whether there is an existing issue.

“That there is some kind of a substandard substance there,” said Marlaina Johns, Interim Director with Code Enforcement. “But we will not identify whether or not it is mold. We will just say that there’s something going on here that someone needs to look into,” said Johns.

At that point it would be the owner’s responsibility to take care of the issue. Johns told ABC 57 that changes do need to be made at the apartment.

“Those violations actually had a 60 day window for repairs,” said Johns. “So the owner has 60 days to go in and make the repairs for the violations that were found at that unit,” said Johns.

Code Enforcement will step back in if the repairs are not made after 60 days. Johns advised that tenants take precautions such as keeping a fan on during showers to prevent mold.

ABC 57 reached out to Prairie View property management, but they did not return the request for comment. 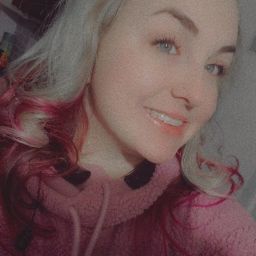 Maxie 237 days ago
THIS HAPPENED TO ME AND MY FAMILY INCLUDING OUR 3 YEAR OLD AT PROSPER IN SOUTH BEND. OUR APARTMENT WAS LEAKING AND FLOODING FOR OVER 7 MONTHS AND WE ALL HAD TO GO TO THE ER. I HAVE PICTURES THEY PAINTED OVER BLACK SPOTS OVER 3 TIMES OUR DOOR FRAMES CHANGED COLOR! Ceiling hung down in the hallway, mold all in our utility closet, flooded our bedroom and walk in closet, I have video of water leaking right out of our light switch on the bedroom. When they painted over what looked like black mold in the utility closet and didnt replace the damaged walls or carpet we brought our concern to the office and how sick we had been and they said it looks fine and if we arent happy with the repairs we had until the end of the month to get out and get out of our lease! That was 2 weeks. They gave us a temporary apartment for a few days while replacing ACs and scratched all the flooring in our apartment and damaged walls and i had to leave work one day because they called saying we needed out of the temporary apartment for a boss to come stay there and when i showed up cleaning ladies where already in there cleaning with my stuff in there! Then when we asked for another temporary apartment they said no because we "trashed the last one". We left it the same and when we came so when I asked how it was because I laid down a white towel in the bed for our 3 year old and he got a drop of watered down juice in the towl! They were mad about their white towl having a drop of red juice. I wouldve washed it if they gave me any notice to get out. I had all those symptoms and an ear infection that was bleeding and now I had to pay so much to move again after only 7 months there andspending my whole tax return to move into Prosper in the first place. Now I have a $300 ER bill and my boyfriend does too!!! The baby had more ear infections than ever there and one more and he will need tubes in his ears. They kept saying the leaking would stop.... because they told our neighbors upstairs to not use their AC but it was the middle of summer!
Like Reply Delete

Kintae Lark: Making a difference one haircut at a time