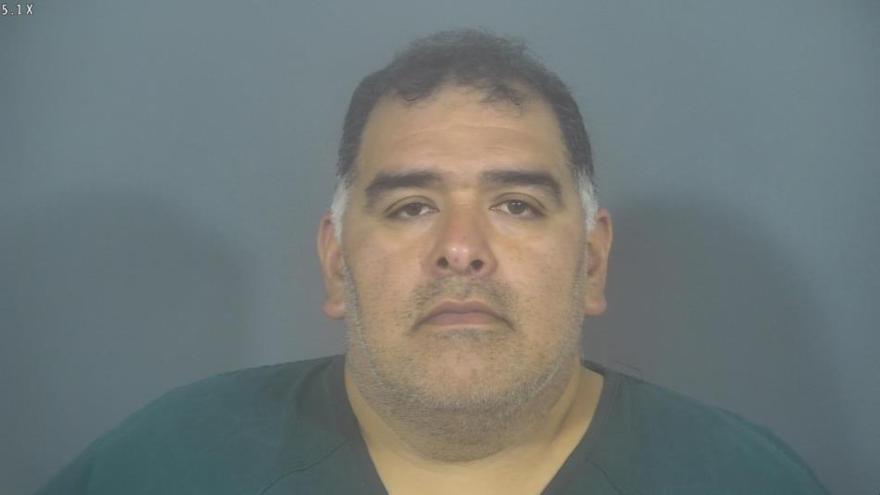 ST. JOSEPH COUNTY, Ind. – A man was arrested after he allegedly spied on a girl by putting a hidden camera in her bathroom, according to the probable cause affidavit.

On December 15, 2020, a victim and her mother went to the South Bend Police Department to report an allegation against Fernandez that happened at a residence on Parkwood Lane.

The victim said that on December 14, she was using Fernandez’s mobile phone while doing homework.

While looking through the phone, the victim found what she believed to be photos and/or videos of herself in her bathroom, according to reports. The victim told investigators she does not record herself in the bathroom.

She also told investigators that she’s previously caught Fernandez watching her in the bathroom through a crack/defect in the door frame, reports said.

A detective confirmed and photographed the crack in the door.

Fernandez allegedly denied making or having inappropriate pictures or videos of the victim.

A search warrant was granted for Fernandez’s mobile phone and Google account.

A digital forensics report found 13 videos labeled as “deleted” from the Google account on December 15, the day the victim first reported the allegations.

The videos were recovered by the St. Joseph County Cyber Crimes Unit.

All the videos show the victim in her bathroom.

Information on Fernandez’s phone appeared to be the same as what was found on the Google account, reports said.

Fernandez was arrested on Wednesday and is being held at the St. Joseph County Jail on no bond.