All but four days featured above normal temperatures, with zero days of sub-zero temperatures. A stark difference from January 2019 that featured some of the coldest temperatures ever recorded. 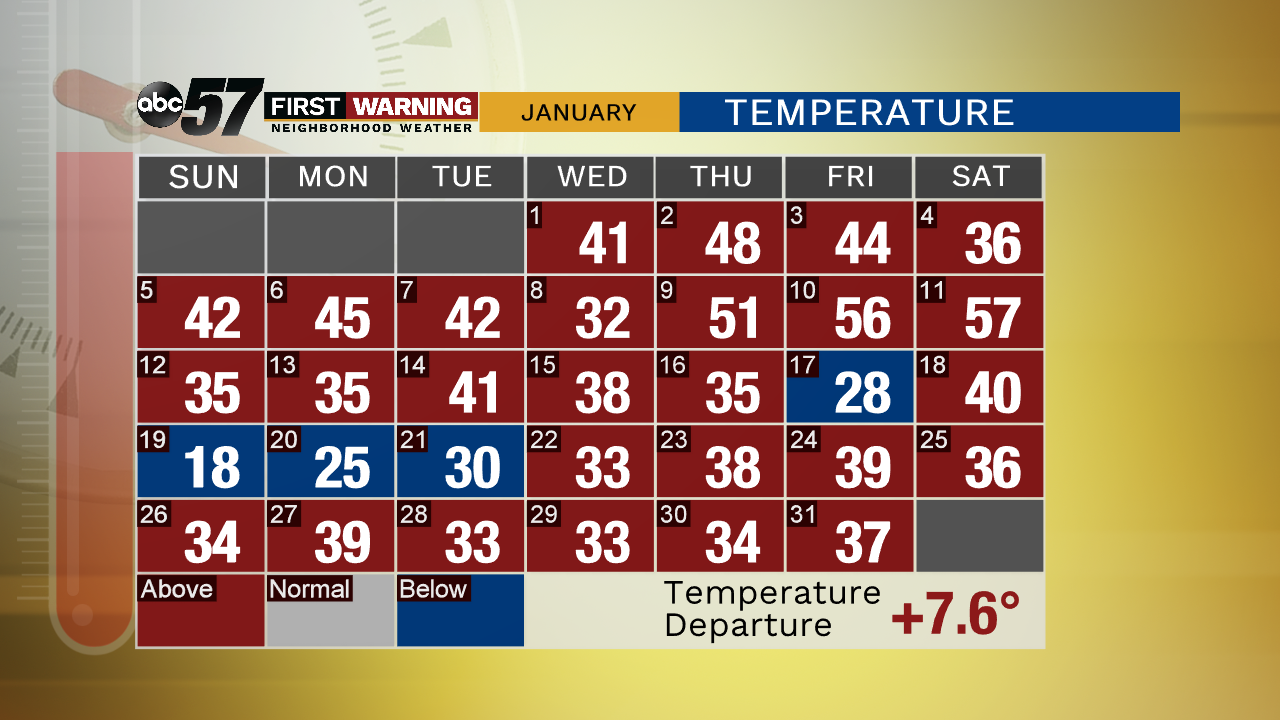 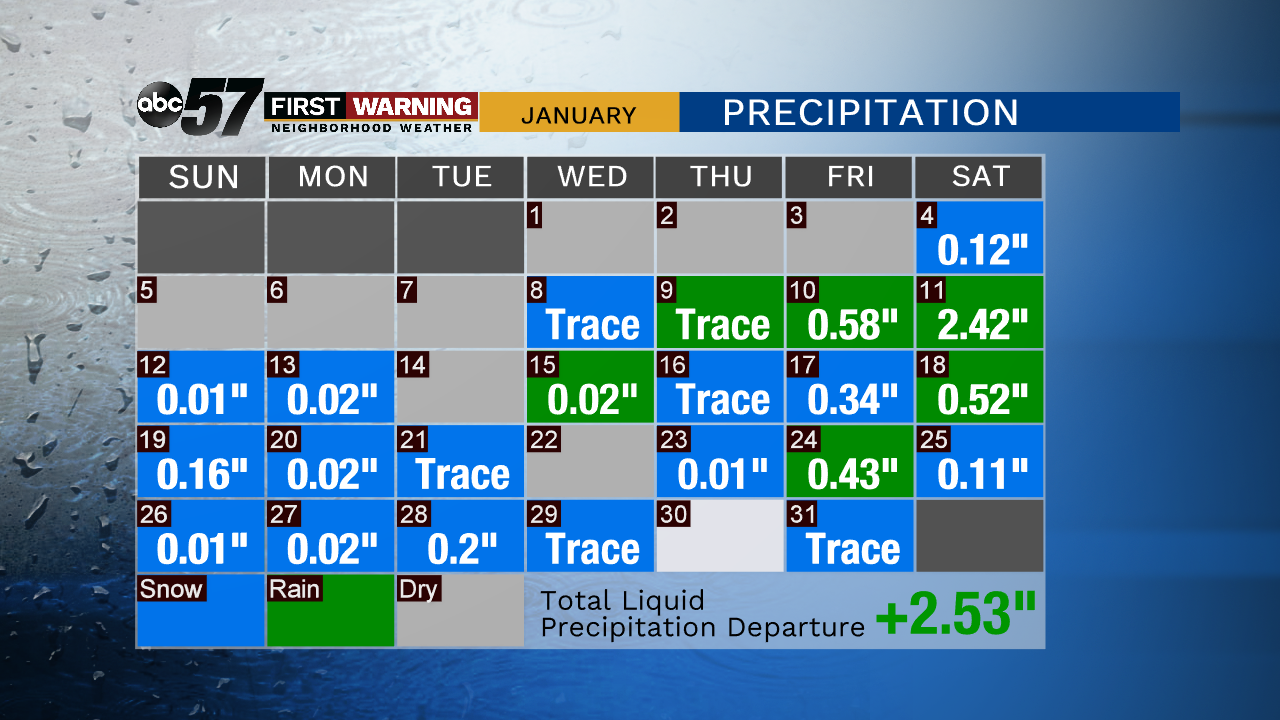 January 2020 will finish in the top ten for warmest and wettest on record. 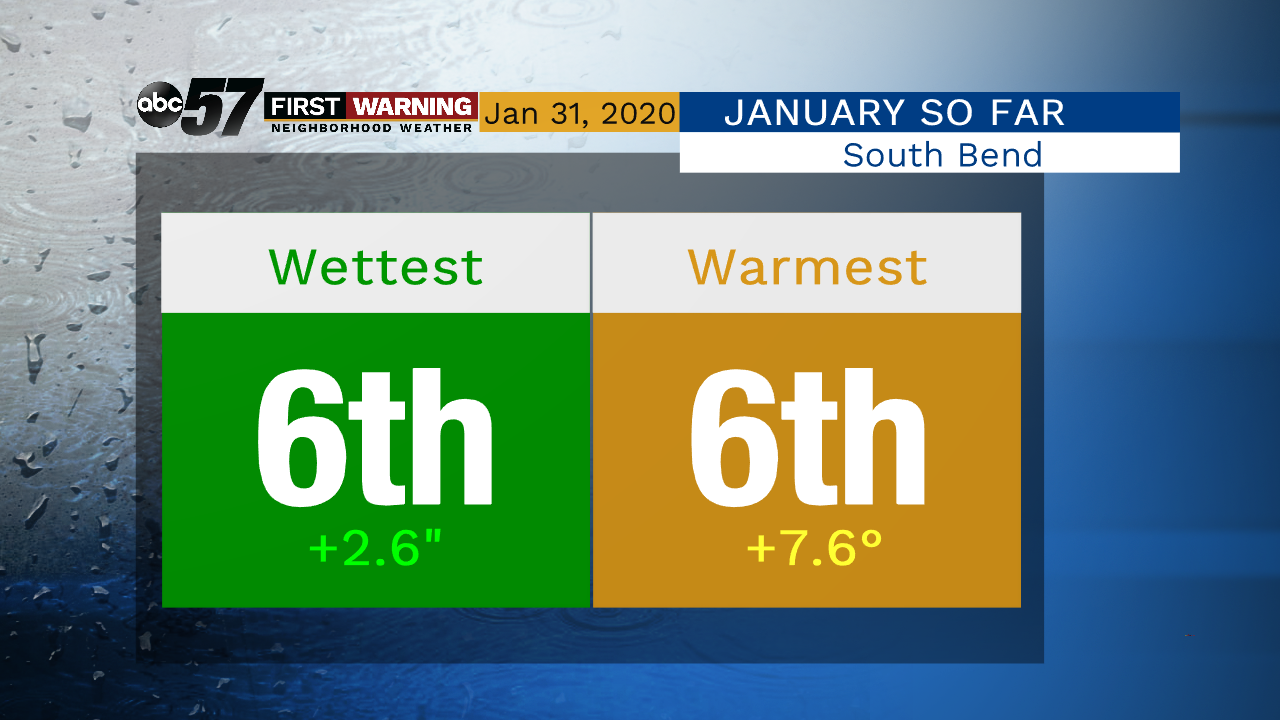 This is also setting a pace for the winter season to be one of, if not THE warmest winter ever in South Bend. 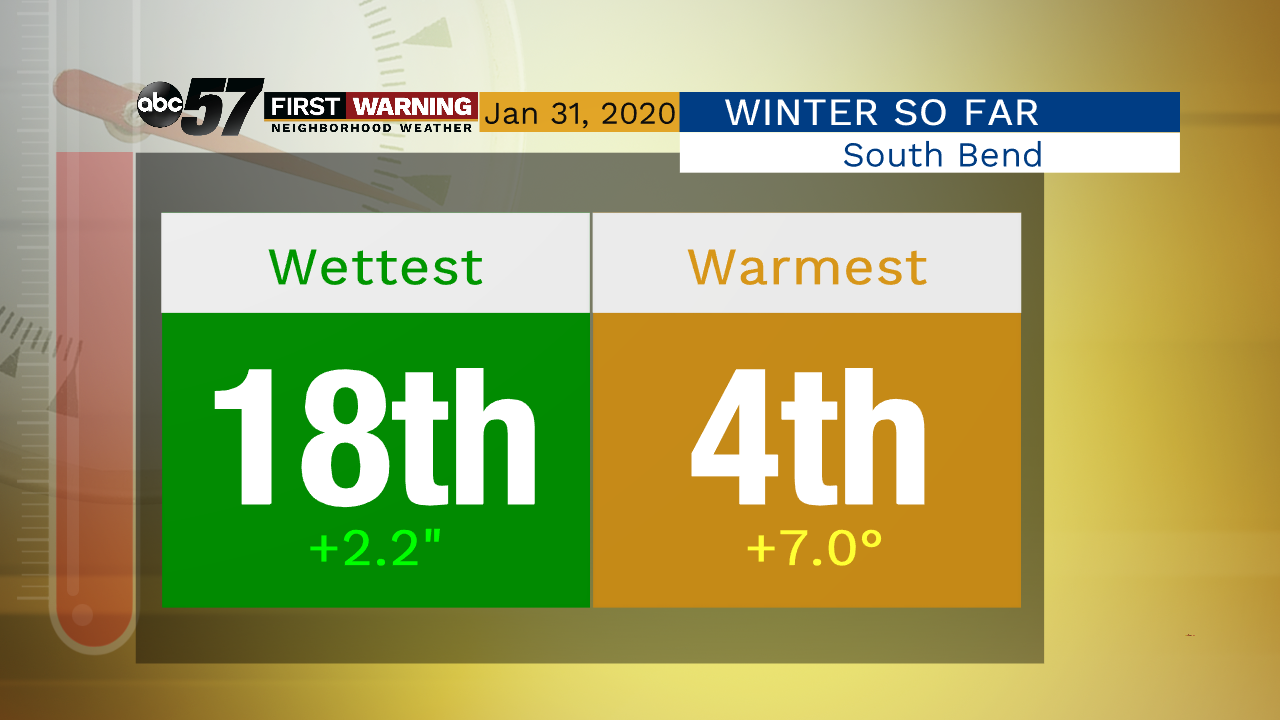 To-date this is the 4th warmest winter, but given the trend through early February, the top spot for warmest winter is attainable by the end of February. We will flirt with record warmth Sunday, a very spring-like Groundhog’s Day. 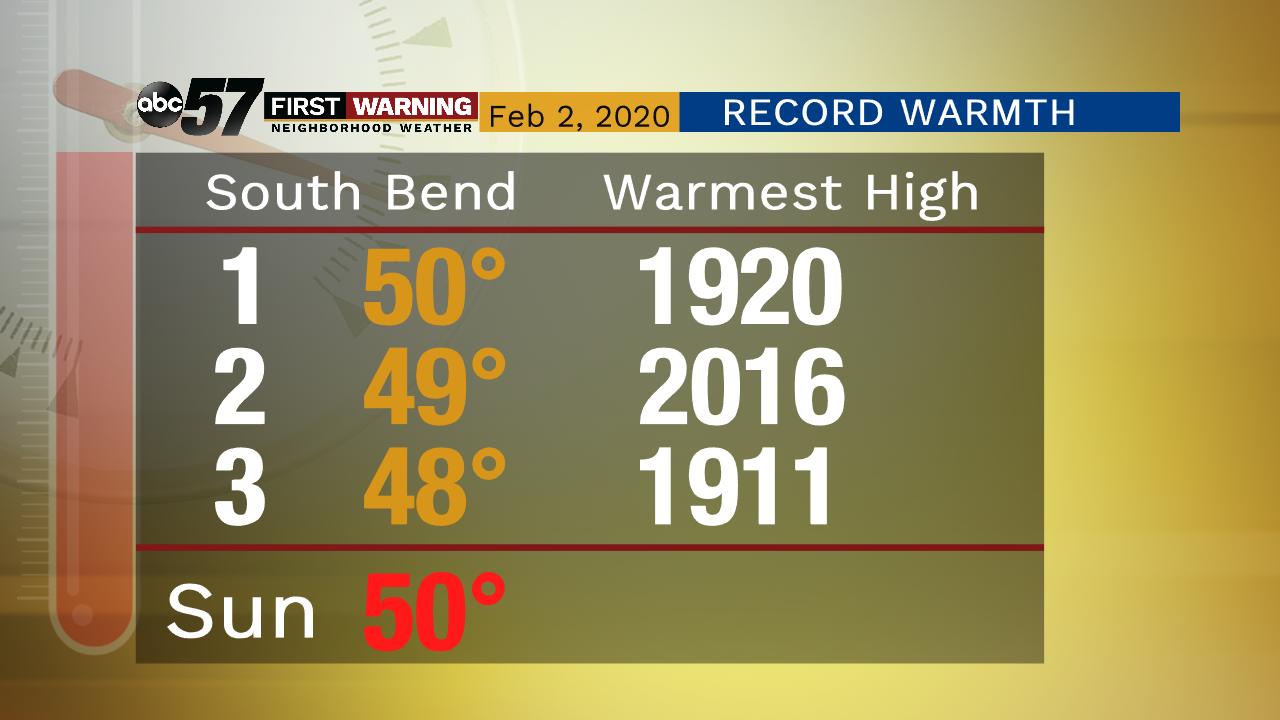 Snowfall for the month was below normal but not record setting. The past decade has seen variability in snowfall but still averages out to near normal. 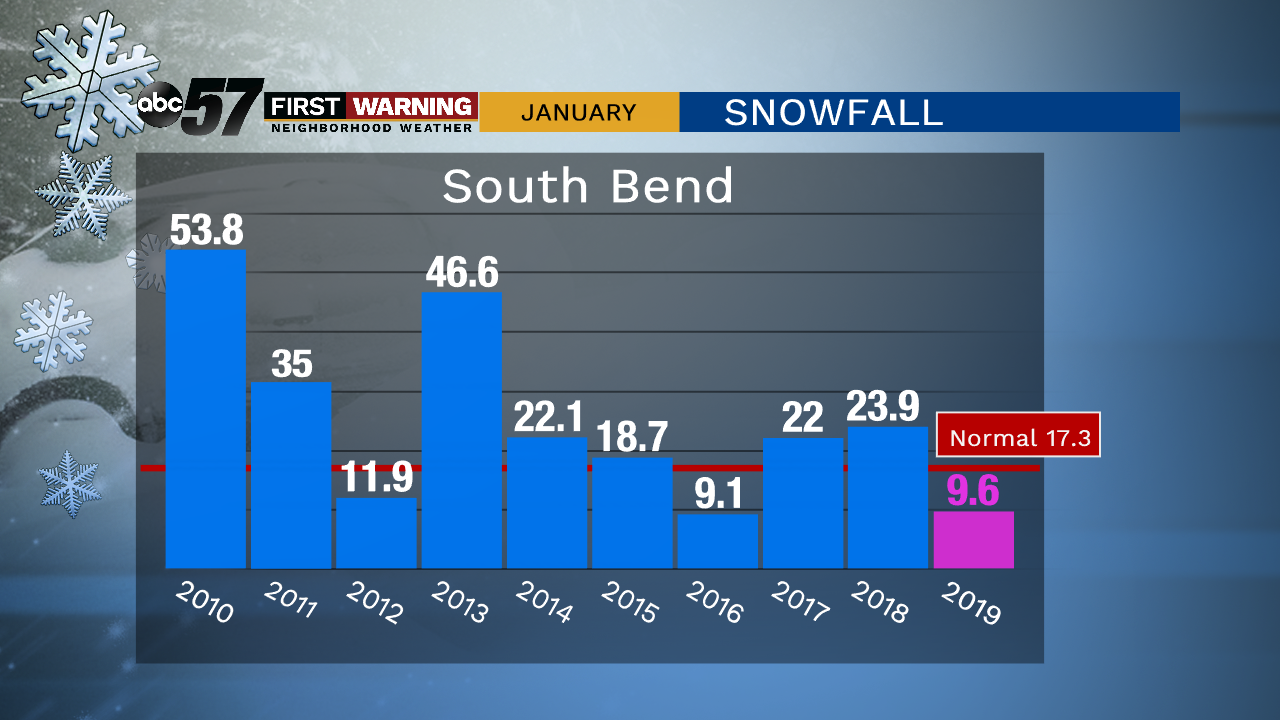 The warmer, wetter and less-snowy trend however looks to be more dominate and more likely in the future with a warming climate. Our Winter 2020 Outlook talked about this as did our special report two years ago about Warming Winters.