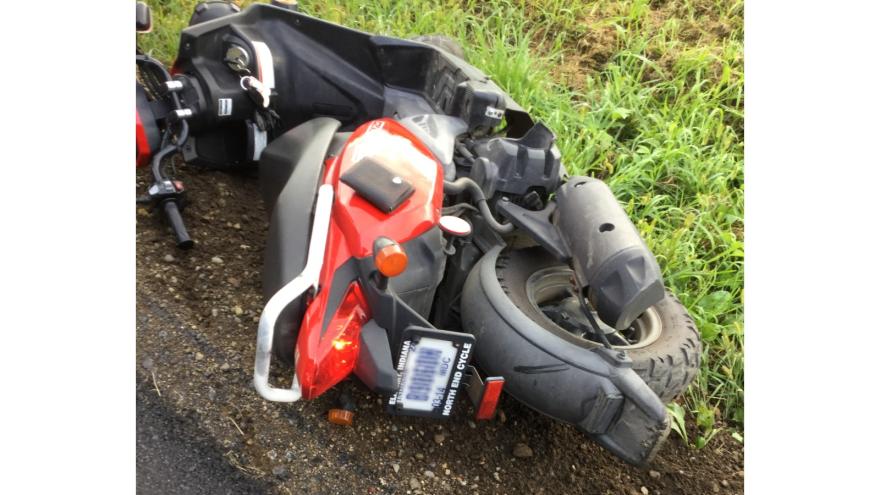 CASS COUNTY, Mich. - An Indiana woman was injured in a moped crash in Cass County on Tuesday, according to the Cass County Sheriff's Office.

At 5 p.m., deputies were called to Oil City Road, south on Monette Street, for a single-vehicle crash.

According to the investigation, an Indiana woman was traveling south on Oil City Road on her moped when the mope veered off the shoulder of the road.

The woman tried to regain control but couldn't and laid the moped on its side.

She was taken to the hospital for her injuries.

The woman was wearing a helmet at the time of the crash.

Alcohol is not a factor, deputies said.

This incident is still under investigation.