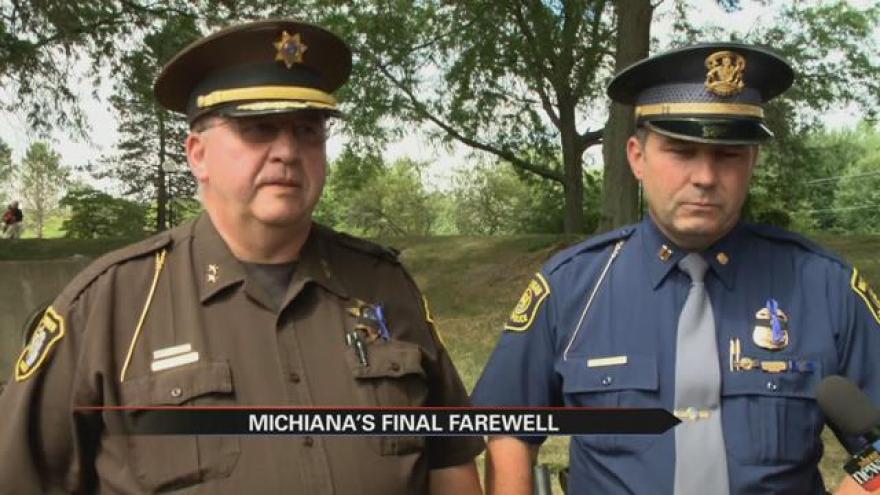 Zangaro started his career in Battle Creek, then worked for the Michigan State Police for 25 years. After he retired, he became head of security for the Berrien County Courthouse.

Many of his former coworkers attended the service on Friday.

“Joe and I worked together since I was 23," said Michael Brown, Captain and Commander Michigan State Police.

They remembered the little things about Zangaro.

“His police car was always washed," Brown said. “One of my fond memories is no trooper would ever touch his car because you paid the wrath, you paid the price if you got his car dirty, and his daughters were laughing about it because they couldn’t eat in the car—there was no French fries in the car.”

He says Zangaro wasn’t just a colleague, he was a friend.

“Stand tall like Joe would have wanted us to. Joe went through some of these difficult times as a state trooper watching his fellow troopers be killed in the line of duty, he knew how difficult it was and as I said we will see Joe in heaven one day," said Sheriff Bailey.

Services will be held at the Mendel Center on Monday for Ron Kienzle and many in uniform are expected to attend as well.