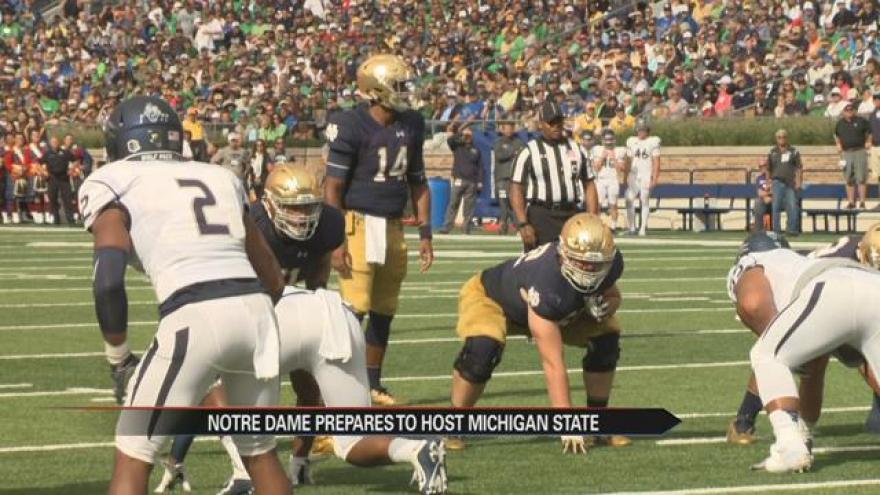 Notre Dame Head Coach Brian Kelly was asked about how tough it would be to go up against Coach Mark Dantonio and Michigan State.

"Well Mark's not that tough I mean he's only about 190 pounds so I don't have much of a challenge with him, but their team is a challenge,” Coach Kelly said.

Familiarity helps Notre Dame this week, but it’s unclear how much it will actually help them given the product Michigan State puts forth week in and week out.

"It's a winning plan and he has stuck to it and rightfully so because it has put them in championship mode,” Coach Kelly said.

The Spartan’s winning formula propelled them to the College Football Playoff last year.

Kelly said their success all starts with getting teams out of their comfort zone.

"One of the things we've done really well is sustain drives on offense,” Kelly said. “They force you out of those long sustained drives on offense because they keep the pressure on you defensively at all times."

Kelly said he isn’t worried about the environment, they dealt with it in Texas. Now it’s time to see results.