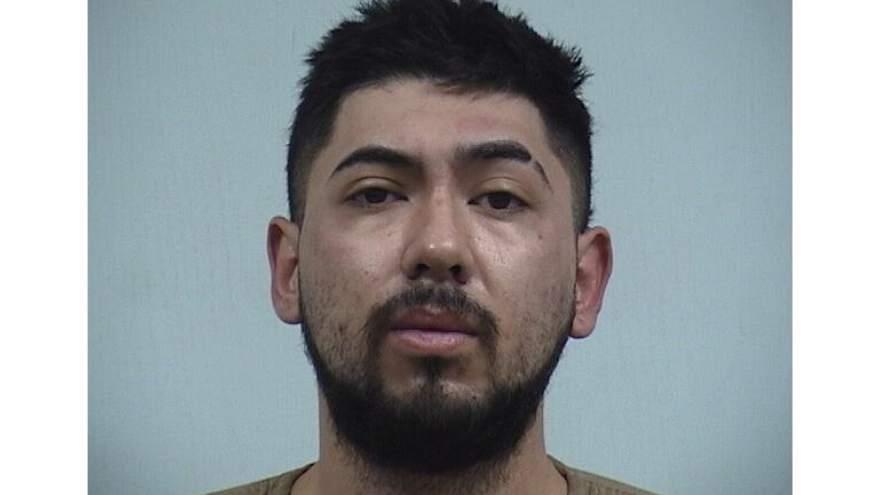 ELKHART COUNTY, Ind. – Police say a man was arrested Sunday morning after allegedly fleeing from officers after a crash.

At around 3:30 a.m. a vehicle collided with two utility poles on CR 115 and brought them down, reports say.

The vehicle then collided with a truck in the driveway of a residence on CR 115, north of CR 18 in Goshen.

One pole damaged two other vehicles and a home, including a marked Sheriff’s Office vehicle.

An off-duty officer attempted to approach Cesar Ortega-Olvera, 23, of Goshen who resisted arrest and fled on foot, police said.

Police say on-duty officers chased Ortega-Olvera and took him into custody without incident.

Ortega-Olvera was found to be intoxicated with a BAC nearly two times the legal limit and was jailed on suspicion of operating a vehicle while intoxicated and resisting arrest, police say.

SteveWestlake 4 days ago
Once again! CR 115 does not run north of CR18.
Like Reply Delete