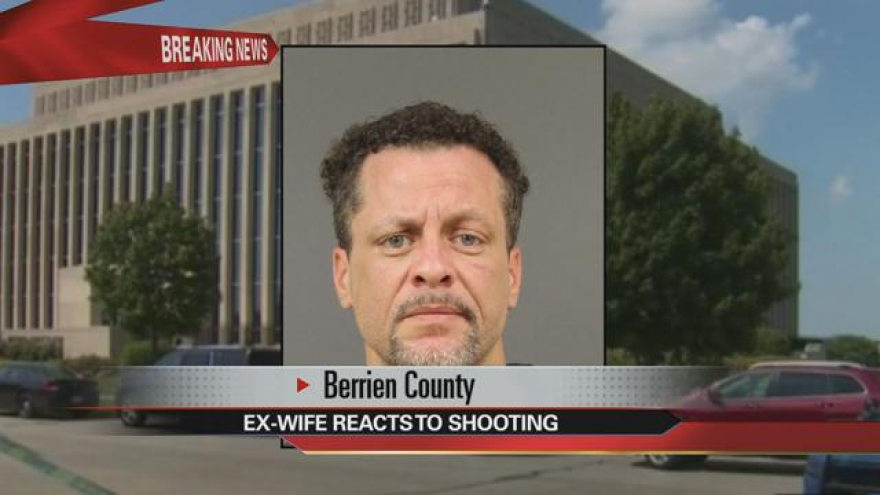 Residents of St. Joseph are mourning the loss of two law enforcement officers killed inside the Berrien County Courthouse on Monday afternoon.

Larry Darnell Gordon was being escorted to a court hearing by a court officer when he grabbed the officer's gun and started shooting.

The shooting killed court officers Joseph Zangaro and Ronald Kienzle and injured another officer along with one other person. Gordon was also killed by police.

Gordon was currently an inmate in the Berrien County Jail and was awaiting court appearances on several felony charges.

His ex-wife said his motive may have been fear of going to jail. He was divorced as of February, according to Heavy.com.

"I believe he was terrified of never seeing his daughter or me or his other five children," she said.

She did not want to be named but said she learned of the shooting through Facebook and had a gut feeling it may have involved her ex-husband.

"My heart sank and I thought oh my gosh please, please don't be Larry. The Chaplin and police showed up to confirm what I already knew," she added.

The shooting is still under investigation. It was determined Tuesday morning that Gordon's hands were handcuffed in the front during the time of the incident.