With most weather folklore, it's always something to appreciate but never take too seriously. This August fog saying is one of them. 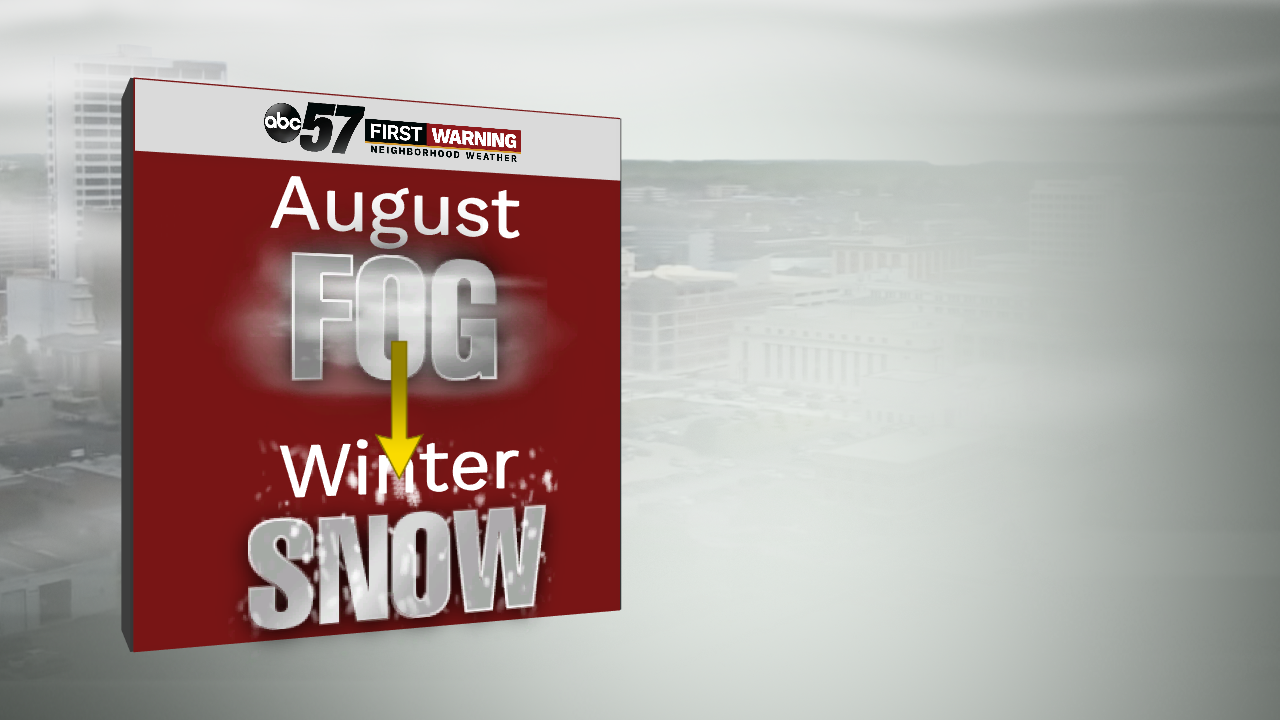 How many days of dense fog we see in august may equate to the same number of snowfalls throughout winter season in other places in the United States. But that doesn't shape up at all for our area, most likely thanks to the Lake Michigan influence. 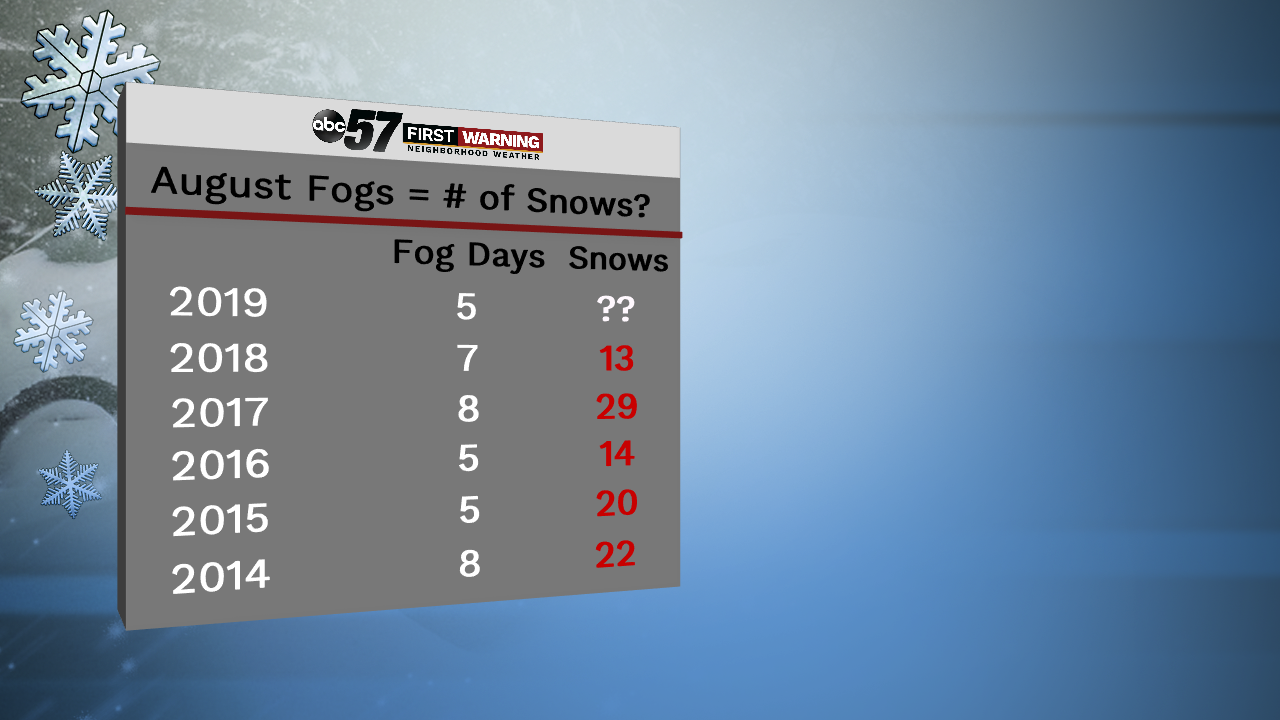 Over the last five years, we've had anywhere from five to eight days in august of dense fog somewhere in michiana. But, the number of snowfall events that were 1 inch or more in michiana the following winter were as much as four times those numbers. And this was the case in 2015.

But, for every year over the last five, the number of snowy days in winter has greatly surpassed the number of foggy days in August. So, this year, you can expect the same thing. We've already had 5 foggy days so far, and number 6 won't be too far away. But, it's safe to assume that we'll have more than 6 one inch snowfall events this winter.

We investigated another piece of August weather folklore: "If a cold August follows a hot July, it foretells a winter hard and dry." 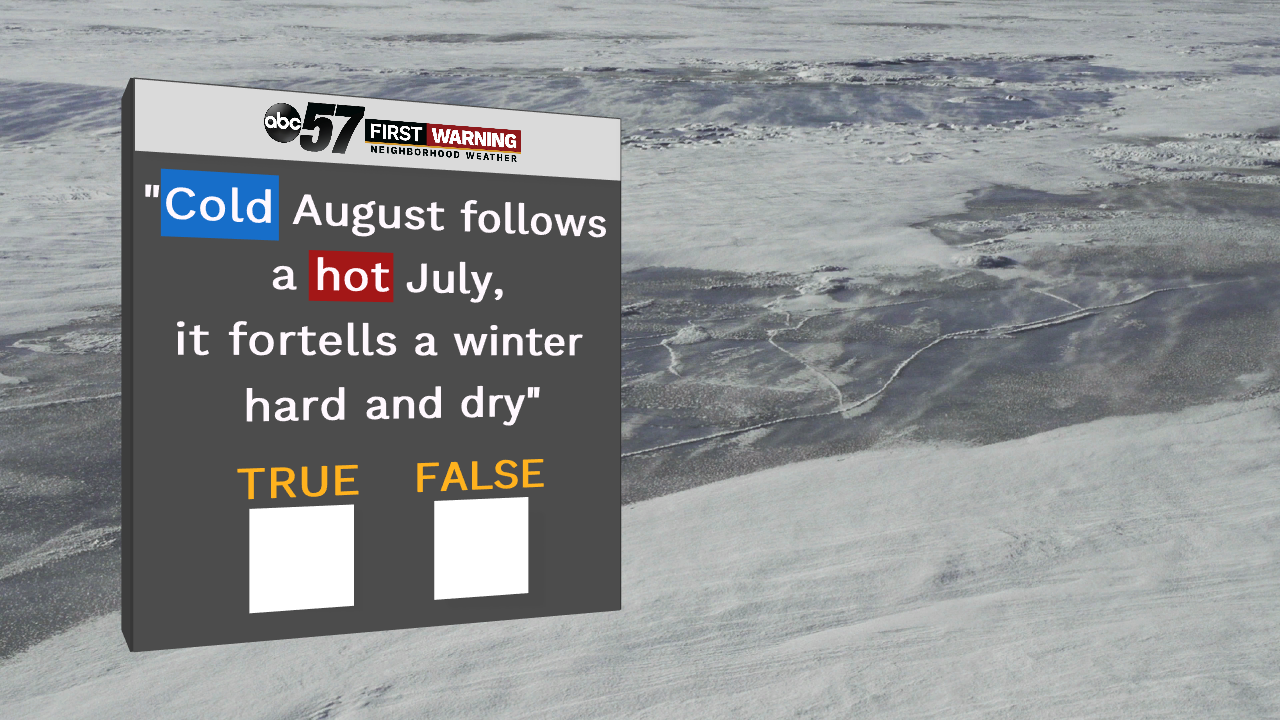 What about this saying? True or False?

This piece of folklore is obviously a little more involved since it involves July's weather patterns as well. So there's a lot of moving parts, and for the saying to be true for a particular year, all of the parts need to be right. Well, that hasn't happened at all in the last five years. In fact, from 2018 to 2014, July has been near normal or cooler, which is already not the set-up we need. Also, we've had a warm or near normal August four out of the last five years. So we've basically been doing the exact opposite of this saying over the past five years.

And following winter seasons have shown little to no pattern. The winter seasons have both been cooler and warmer than normal and also wetter and drier than normal. Not one winter season has been both cold and dry. Now, this year may be the saving hand for this saying because we had a hotter-than-normal July, and August is so far cooler than expected. According to the saying, signs point to a colder and drier winter, but it's hard to be confident of that at this point.