The driver of a liquid-propane hauler was traveling eastbound on US-12 when the driver crossed the median and struck a gasoline hauler head-on, according to Michigan State Police.

Propane spilled at the scene was quickly contained.

No leaks were reported from the gas hauler carrying 13,000 gallons of gasoline.

The roadway reopened around 5:30 a.m. Tuesday morning after crews cleaned up the site.

The driver of the liquid-propane hauler, identified as Christopher Deneen, 35, of Niles, was pronounced dead at the scene.

The driver of the gasoline hauler, identified as Dustin Marshall, 46, of Osceola, was transported to Memorial Hospital in South Bend, where he later died from his injuries.

It's unclear at this time what made the liquid-propane truck cross the median in the roadway or whether drugs and alcohol played a part in the crash, according to police.

Both drivers were wearing seatbelts at the time. 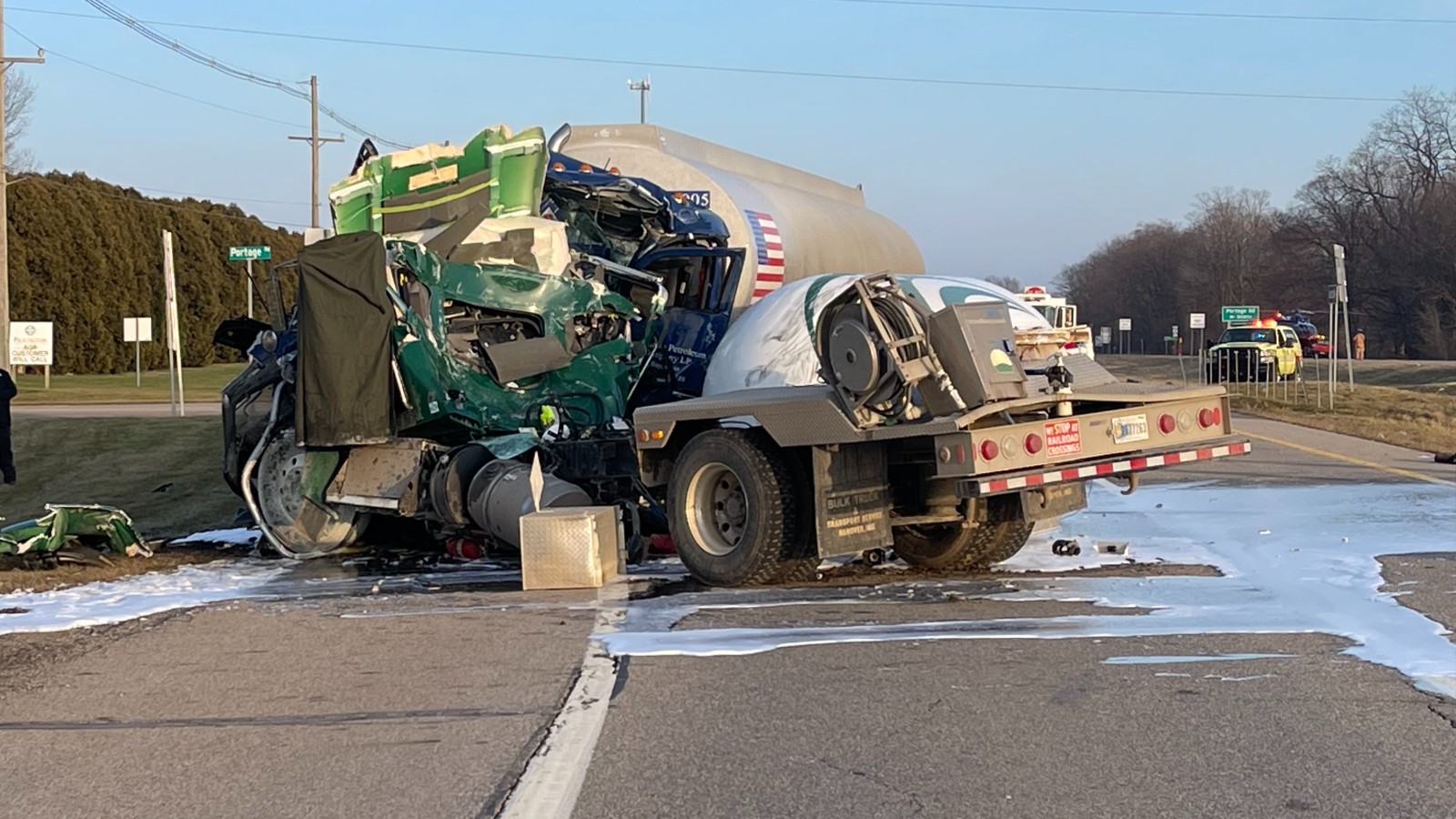