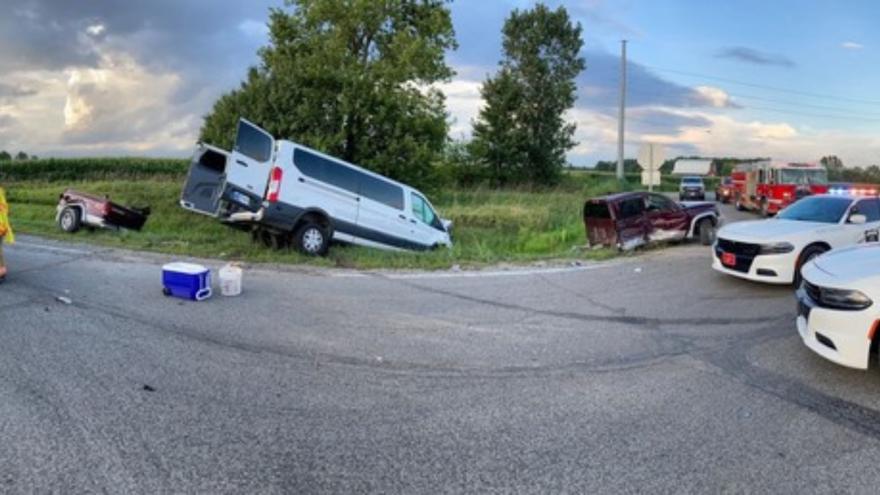 At 7:15 p.m., state troopers were called to the intersection of U.S. 27 and Hoagland Road for the crash.

At the scene, troopers found a pickup truck split in two pieces and a large passenger van in a ditch.

The investigation found that a 2002 Dodge Dakota pickup truck was traveling east on Hoagland Road when the driver crossed the intersection at U.S. 27 and allegedly didn't yield the right of way to a Ford passenger van traveling north on U.S. 27.

The passenger van crashed into the side of the pickup truck, splitting the pickup in half.

Several of the van's occupants were trapped in the vehicle, reports said.

There were 10 children in the van, ranging from ages six months to 15 years.

All of the children were properly restrained and a few suffered minor injuries.

Regardless of injury severity, the children and both drivers were taken to the hospital for evaluation.

Police believe the driver of the pickup was under the influence of alcohol at the time of the crash, reports said.

He was allegedly uncooperative at the scene.