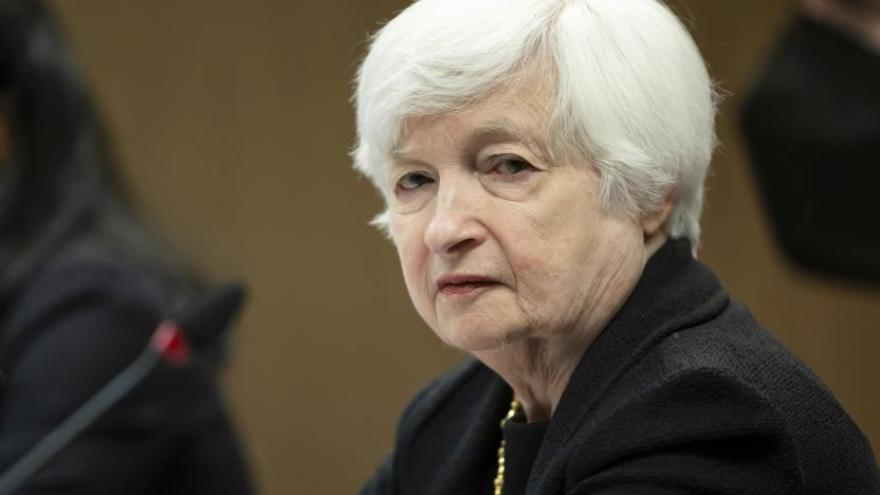 (CNN) -- Treasury Secretary Janet Yellen on Friday warned of the widespread global effects that could be felt if the federal government exhausts extraordinary measures and fails to raise the debt ceiling, telling CNN's Christiane Amanpour about the ways everyday Americans could face stark consequences.

Yellen's warning comes after the United States on Thursday hit its $31.4 trillion debt limit set by Congress, forcing the Treasury Department to start taking extraordinary measures to keep the government paying its bills.

While those newly deployed extraordinary measures are largely behind-the-scenes accounting maneuvers, Yellen told Amanpour that "the actual date at which we would no longer be able to use these measures is quite uncertain, but it could conceivably come as early as early June."

Speaking exclusively to CNN from Senegal, Yellen said that after the measures are exhausted, the US could experience at a minimum downgrading of its debt as a result of Congress failing to raise the debt ceiling. The effects of the federal government failing to make payments, she argued, could be as broad as a "global financial crisis."

"If that happened, our borrowing costs would increase and every American would see that their borrowing costs would increase as well," Yellen said. "On top of that, a failure to make payments that are due, whether it's the bondholders or to Social Security recipients or to our military, would undoubtedly cause a recession in the US economy and could cause a global financial crisis."

"It would certainly undermine the role of the dollar as a reserve currency that is used in transactions all over the world. And Americans -- many people would lose their jobs and certainly their borrowing costs would rise," she continued.

Yellen wrote a letter to House Speaker Kevin McCarthy on Thursday explaining the measures being taken, escalating pressure on Capitol Hill to avoid a catastrophic default.

Hardline Republicans have demanded that lifting the borrowing cap be tied to spending reductions. The White House has countered by saying that it will not offer any concessions or negotiate on raising the debt ceiling. And so far, Yellen's warnings have failed to spark bipartisan discussion, with both Republicans and Democrats reaffirming their rigid positions over the past week.

As part of the debt issuance suspension period using extraordinary measures, the agency intends to sell existing investments and suspend reinvestments of the Civil Service Retirement and Disability Fund and the Postal Service Retiree Health Benefits Fund. Also, it will suspend the reinvestment of a government securities fund of the Federal Employees Retirement System Thrift Savings Plan.

No federal retirees or employees will be affected, and the funds will be made whole once the impasse ends, Yellen said in the letter.

"I respectfully urge Congress to act promptly to protect the full faith and credit of the United States," she wrote.