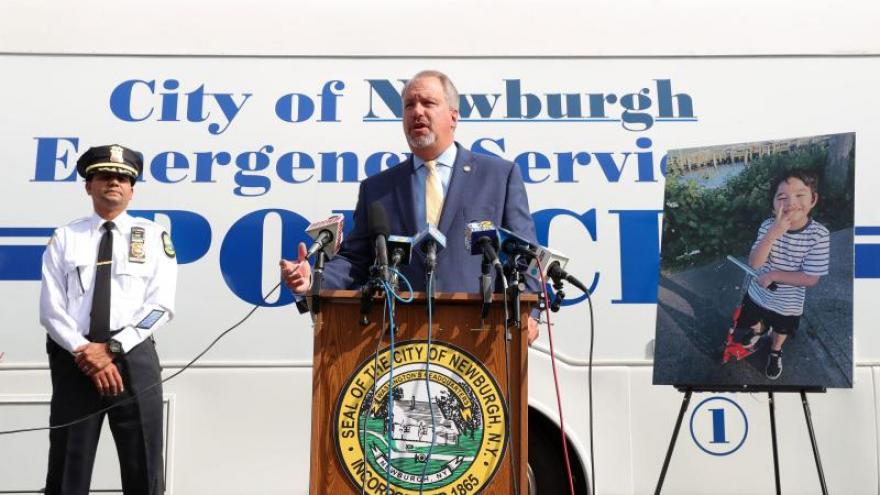 (CNN) -- A childcare provider in New York was charged with second-degree murder Friday after prosecutors alleged she starved her boyfriend's 7-year-old son to death earlier this year.

Leticia Bravo, 39, potentially faces 25 years to life in prison for the second-degree murder of Peter Cuacuas, according to a statement from the Orange County District Attorney's Office. Bravo was also charged with manslaughter in the first and second degrees.

On February 10, Bravo brought Peter's lifeless body to St. Luke's Hospital in Newburgh, New York, where the boy was later pronounced dead, the statement said. An autopsy conducted by the Orange County Medical Examiner's Office found that Peter weighed 37 pounds at the time of his death and had died due to malnutrition.

Bravo, who worked as a childcare provider, became Peter's primary caretaker during the school year that began in September 2020, but the boy never logged on for virtual schooling after January 2021 despite numerous conversations between Peter's teachers and school representatives with Bravo, the statement said.

"It is unthinkable that someone would accept the responsibility of caring for a child and then deny that child the basic necessities of life," District Attorney David Hoovler said. "It is truly disturbing how this child was kept hidden from school authorities before he died."

Eric Shiller, an attorney representing Bravo, denied her involvement in the child's death.

Shiller also said that Bravo -- who has three children of her own -- is not Peter's mother, so therefore not legally responsible for the child.

Shiller did not respond to questions regarding allegations that Bravo kept Peter locked up and that the boy died while he was allegedly in her care.

Bravo was arrested by the City of Newburgh Police Department and remains in custody in the Orange County Jail pending bail, according to the DA's office. Her next court appearance is scheduled for October 26.