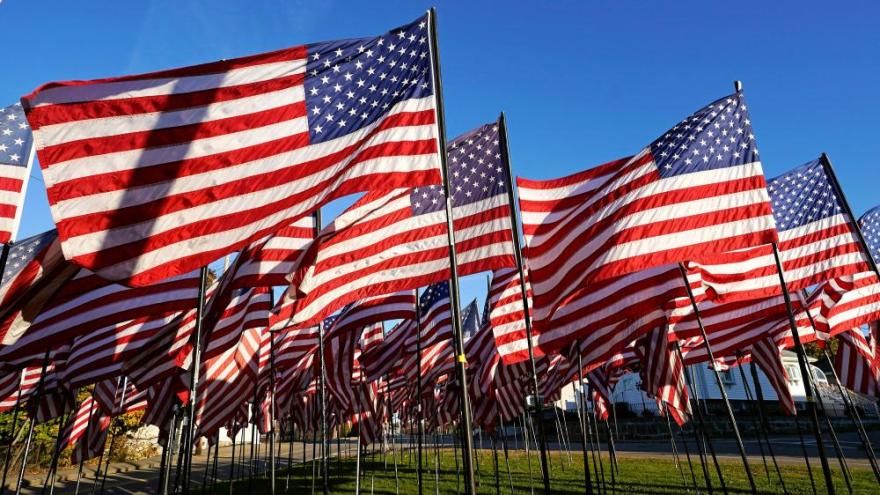 (CNN) -- On a remote Pacific sandbar, replete with the ravages of war, a small group of veterans, volunteers and archeologists are doing their best to keep the enduring promise of "no man left behind."

According to the Department of Defense, nearly half of the known American casualties from the Battle of Tarawa were never recovered. Approximately 1,000 Marines and sailors lost their lives on the small sandbar November 20-23, 1943, in the US military's first offensive of the war in the central Pacific.

Graves remained lost for decades, Pentagon historians write, because of bad record keeping, poor memories, and in some instances, war infrastructure inadvertently built over service members' unmarked final resting places. DOD records show by 1950, a military board declared hundreds of Americans who fought and died on the island "non-recoverable," leaving families without words, images or ideas of where the young men rested.

After excavation efforts paused during the pandemic, teams will return to the lonely atoll, with the goal of returning as many remains of US service members as they can.

"This is not a normal thing for somebody to be doing," said Paul Schwimmer, a retired US Army Green Beret who searches for American remains with the non-profit group, History Flight, who added a new chapter of history is unfolding along the isolated and idyllic shore.

"Don't tell us these men are not recoverable, give us a chance to go after them."

Government figures show 72,627 Americans are currently classified as missing in action from World War II. There are more US troops missing from 1941-1945, than from all other wars with US involvement combined.

"My father was a diplomat for the State Department, a Harvard and MIT-trained sinologist," Noah said in an interview with CNN. "I was born in China, where my dad was posted, and I was able to see the lingering effects of World War II up close. That was the beginning of a fascination with the Second World War."

Noah relates the multitude of missing service members to those missing in his own life.

"Four of my close friends in Beijing disappeared during Tiananmen Square," Noah said. "And I've always wondered where they fell into, this deep void, the unknown. And at a subconscious level, it's one of the reasons why I'm driven to find our missing Americans, especially when we know where they are, on an island."

Noah said 2008 was a turning point, when History Flight's mission changed from aviation to recovery missions.

"I was doing research about a missing airplane that crashed in the lagoon of Tarawa, and I was shocked at just how many people were missing on this small island," Noah said.

"So, I self-funded what became our first Tarawa excavation, and with all of those people missing in such a small place, we chose Tarawa because we thought we could deliver a project with a high probability of success." The cost was $25,000, with a team of 10 people.

A cadre of veterans, scientists and students interviewed residents who found bones underneath their homes. The non-profit also used ground-penetrating radar on the atoll, ultimately finding scores of American graves buried within a working commercial seaport.

In the decade since its first dig, History Flight has led to the identification of 96 American service members killed on Tarawa, according to the branch of the Pentagon charged with finding US military remains, the Defense POW/MIA Accounting Agency.

'I thank them eternally, and forever'

In a cozy East Wenatchee, Washington, living room, twins Don and David McCannel held the crumbling and corroded helmet buried with their uncle, Gunnery Sgt. Arthur B. Summers, a Tarawa Marine once considered missing in action.

Summers' near-complete skeleton is among the latest remains discovered by History Flight. His return home for burial in America followed a now familiar ritual of repatriation: Delicately-handled bones are discovered on Tarawa, then flown to the US for positive identification, and finally, re-buried with full military honors.

The McCannel twins are now 76 years old, born three years after a telegram told their mother Summers was killed in action, his body missing on a faraway Pacific island.

"My most vivid memory is, when I was about 10 years old, my mother said to me, 'my brother was killed in Tarawa and his body was never recovered,'" David McCannel described in an interview. "She didn't cry. She just said he's gone forever."

Schwimmer, the retired Green Beret with History Flight, said he was within the Tarawa excavation site when Summers' remains were discovered in 2019, and attended Summers' Washington funeral in August 2022.

Summers was killed on November 23, 1943, the final day of fighting on the island, and according to military records, the day Summers' second enlistment extension was to expire.

"I thank them eternally, and forever," Don McCannel said of History Flight and those responsible for Summers' identification. "My uncle Arthur did his duty, and these men and women today did theirs, truly."

No margin for error

The Pentagon agency tasked with finding the remains of an astounding 81,500 Americans missing since World War I, contracts Tarawa excavation work with History Flight. But the agency itself is solely responsible for the process of DNA identification.

There is no margin for error. Scientists and military personnel from Hawaii, Nebraska and Delaware finish the process of uniting stories, names, and family histories with the skeletal remains of US troops.

Dr. John Byrd, the agency's laboratory director, explained the challenges of dealing with DNA from that era. "They're highly degraded, there's only a tiny amount of DNA left in there at all. And our DNA lab is the best in the world at extracting what little bit is left in there."

Byrd said the average time to identify an individual is 2.5 years, but can be as quickly as two weeks.

"When none of the stars are aligned, it can take several years. We have ID's we've made after more than 10 years, when we finally got enough evidence together to be able to prove the identity."

For Summers' remains, delivered to the agency's Pearl Harbor laboratory in July 2019, the DOD agency was able to make a positive DNA identification in a matter of months, on October 17, 2019.

First, remains arrive at an agency laboratory in Honolulu, or Omaha, Nebraska. "They come from a variety of sources, from our own excavations, and from excavations from our partners ... We also do a lot of disinterments of unknown remains, right from our national cemeteries," Byrd explained.

Next, as the remains are assigned to evidence managers, scientists determine which tests are needed to identify the remains. The majority will involve DNA testing, but other methods, such as dental records, can be used.

DNA testing and other identification work then begins. Samples are sent to the Armed Forces DNA Identification Lab in Dover, Delaware, and a type of identification known as stable isotope analysis can also be performed at the agency's Pearl Harbor lab. The isotope testing is used to trace remains' geographic origin.

Finally, test results are evaluated, and perhaps even more testing is needed.

"You love it when the test results come back in, and they clearly direct you to one individual that these remains should be," Byrd said. "But we also sometimes get results that aren't strong enough to point to one person only. And then we have to find another way to try to resolve the case other than the testing we did in the first round ... that is one of the most difficult steps for many of our cases."

Work is still to be done

"We believe about 250 sets of remains can still be found, and we want to keep going," History Flight founder Mark Noah said.

The non-profit's vice president, retired U.S. Marine Corps Sgt. Maj. Justin LeHew, is currently walking across America, from Boston to Newport, Oregon, to donations for the group's ongoing work in the Pacific.

LeHew served in the 2nd Marine Division, the same (albeit modern day) combat element which engaged in the Battle of Tarawa in November 1943. His previous chapter of military service includes receiving the Navy Cross, awarded for his 2003 role in rescuing ambushed soldiers in Iraq, including Pfc. Jessica Lynch.

"Team members are putting in the work for the missing," LeHew wrote on Facebook, as his walk on U.S. Highway 20, America's longest road, approached Yellowstone National Park.

"This specific road was selected to highlight the long journey home that over 81,000 missing U.S. Servicemembers have been trying to make since World War II," LeHew said.

"We know that we can fulfill this promise of 'no one left behind' on Tarawa," Noah added. "We simply need people to know we're there, to know about us, put the financial resources in place, and help us carry on this sacred mission."