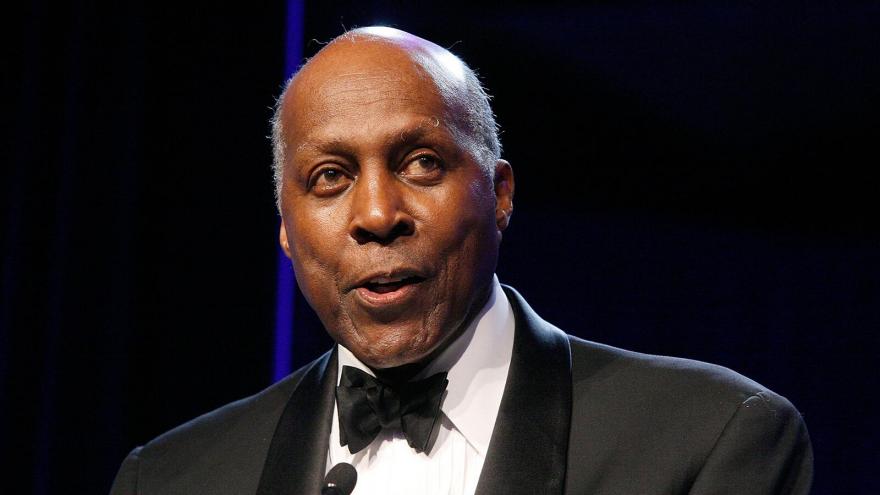 A cause of death was not immediately released.

Jordan died peacefully at his home surrounded by his wife and family, Jordan's niece Ann Walker confirmed to CNN.

According to Walker, Jordan had his favorite dinner and dessert -- chocolate chip ice cream -- before he went to bed.

"It was just the way he would have wanted it," Walker told CNN.

The former president of the National Urban League rose to prominence as a civil rights activist with close connections in all corners of American politics, though he was closest with Democrats, including presidents from Lyndon Johnson to Barack Obama. He also worked with Republican Presidents Ronald Reagan, George H.W. Bush and George W. Bush.

In a statement provided to CNN on Tuesday by Clinton's office, the 42nd President remembered his late friend as someone who "brought his big brain and strong heart to everything and everybody he touched" and "who made them better."

"He was never too busy to give good advice and encouragement to young people. And he never gave up on his friends or his country," Clinton said. "He was a wonderful friend to Hillary, Chelsea, and me, in good times and bad. We worked and played, laughed and cried, won and lost together. We loved him very much and always will."

Born on August 15, 1935, Jordan grew up in the segregated South and graduated from DePauw University in Indiana in 1957, the only Black student in his class. He then studied law at Howard University and began his career fighting segregation, starting with a lawsuit against University of Georgia's integration policy in 1961 on the behalf of two Black students, Hamilton Holmes and Charlayne Hunter. Jordan accompanied the two students to the UGA admissions office that year through an angry mob of White students.

He worked as a field director for the NAACP and as a director of the Southern Regional Council for the Voter Education Project before he became president of the National Urban League. In 1980, he survived an assassination attempt on his life.

"Today, the world lost an influential figure in the fight for civil rights and American politics, Vernon Jordan. An icon to the world and a lifelong friend to the NAACP, his contribution to moving our society toward justice is unparalleled," NAACP President Derrick Johnson said in a statement Tuesday. "In 2001, Jordan received the NAACP's Spingarn Medal for a lifetime of social justice activism. His exemplary life will shine as a guiding light for all that seek truth and justice for all people."

Jordan first met Clinton during a trip to Little Rock, Arkansas, when he was leading the Urban League and Clinton was Arkansas attorney general, and the two formed a friendship that spanned decades and withstood rocky times.

"We have formed a bond that is indescribable," Clinton said at a 2019 event hosted by the Clinton Foundation.

Clinton tapped Jordan, who left the Urban League after 10 years to practice law in DC, to serve as chairman of his 1992 presidential transition team. The position propelled Jordan into becoming a Washington power broker as he acted as a close confidant to Clinton, advising him on several hirings, golfing frequently with the President and sharing Christmas Eves together.

In the late '90s, Jordan's friendship with Clinton found him entangled in then-independent counsel Kenneth Starr's investigation, which uncovered the affair Clinton had with former White House intern Monica Lewinsky while in office. Jordan had helped Lewinsky job hunt at the request of Clinton's personal secretary and had recommended an attorney who briefly represented Lewinsky. Jordan testified several times before the grand jury.

Jordan also had an illustrious career in the corporate world, serving on the board of directors for several major American corporations.

DePauw University on Tuesday mourned the passing of Jordan, and its president, Lori S. White, said in a statement that the university "has lost a dear friend and the world has lost a determined leader."

"He spoke loudly -- through words and deeds -- as a civil rights activist and quietly as a trusted counsel to presidents," White said. "DePauw is better for having had him as a beloved alumnus, and the country and the world are better for having him as a leader."

"We hope the memory of his extraordinary presence and the legacy of his work bring comfort to Ann, Vickee, and his family," Obama said.

This story has been updated with additional reaction and details about Jordan's life.