US citizen murdered in Baghdad attack 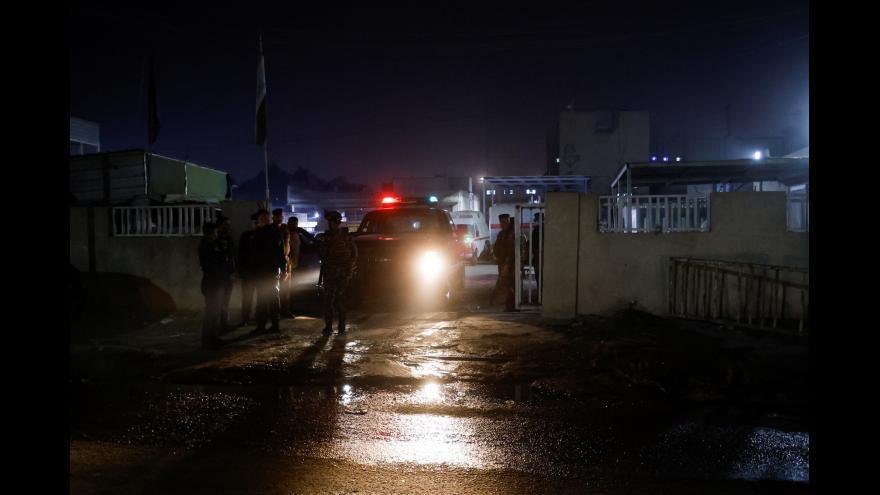 Iraqi security forces stand guard on November 7 outside the hospital where the body of a U.S. citizen who was killed in Baghdad is being held.

(CNN) -- A US citizen was murdered in Baghdad on Monday, according to Iraqi Prime Minister Muhammad Shia al-Sudani.

A US State Department spokesperson confirmed on Tuesday that American Stephen Edward Troell died in Baghdad, noting they "are closely monitoring local authorities' investigation into the cause of death."

"The timing of the murder of an American citizen in Baghdad puts question marks," al-Sudani said on Monday, adding: "Security is a red line."

Two armed people attacked a vehicle Troell was driving in downtown Baghdad, security sources told CNN. Troell sustained severe injuries in the attack and was transferred to a nearby hospital to receive medical care, but later succumbed to his injuries.

There was no immediate claim of responsibility for the killing.

The Iraqi Foreign Ministry said that investigations into the attack are ongoing by security authorities in Baghdad.

Troell had been living in Baghdad for two years and had worked for a civil society organization that taught English to Iraqis.

"With great sadness and sorrow, we bid farewell to our dear, Stephen Troll, who has always loved Iraq and its people and sought to serve them," Global English Institute Baghdad, where Troell worked, said in a statement on Tuesday.

US Ambassador to Iraq Alina Romanowski expressed her thanks on Twitter Tuesday to "the Iraqi people for their supportive messages following the brutal murder of Steven Troell last night in Baghdad."

"He was here in a private capacity doing what he loved -- working (with) the Iraqi people. My deepest condolences to his wife & young children," Romanowski wrote.