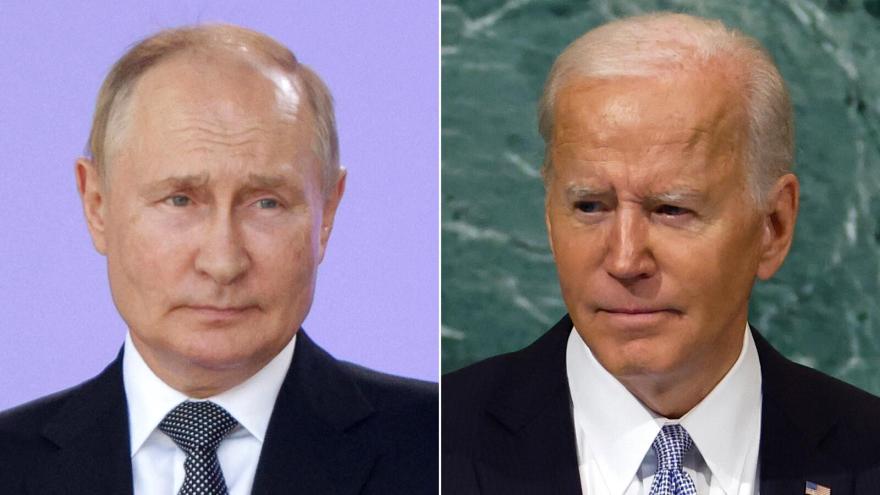 The United States and Russia will meet in Egypt to discuss a key nuclear arms control agreement. A Russian flag flies next to the US embassy building in Moscow on October 22, 2018

(CNN) -- Officials from the United States and Russia will meet in Egypt from November 29 to December 6 to discuss a key nuclear arms control agreement.

The meetings on the New START Treaty -- the only agreement left regulating the world's two largest nuclear arsenals -- come in the wake of Moscow's nuclear saber-rattling toward Ukraine and following complications around inspections related to the treaty.

Russian Deputy Foreign Minister Sergei Ryabkov on Thursday confirmed the dates and location of the meeting to discuss the New START agreement.

A US State Department spokesperson would not confirm the details, but said they "have scheduled a meeting of the Bilateral Consultative Commission (BCC) with Russia to discuss New START Treaty implementation."

"As we have for the life of the treaty, the United States will approach the BCC in a constructive and professional manner without discussing further details publicly," a spokesperson said. "The US objective for the BCC, as it always has been, is to ensure the full implementation of the treaty, including its verification regime."

"We are planning and preparing for a productive BCC," they said.

The treaty was last extended in early 2021 for five years. Under the treaty, Washington and Moscow conduct inspections of each other's weapons sites. However, the inspections had been halted since 2020 due to the pandemic, and complications arose when the US attempted to resume inspections earlier this year.

Administration officials have said that the willingness to discuss the arms control agreement, even as Russia carries out its war in Ukraine, demonstrates Moscow's commitment to diplomacy.

"We believe deeply, around the world, in the transformative power and the importance of diplomacy and dialogue," State Department spokesperson Ned Price said in a briefing last week. "When it comes to Russia, of course, we are clear eyed, we're realistic about what dialogue between the United States and Russia can -- both what it can entail and what it can accomplish. We -- we have focused on risk reduction in these conversations, but we've been very intentional about seeing to it that the ability of our two countries to pass messages back and forth and to engage in dialogue has not, does not atrophy."