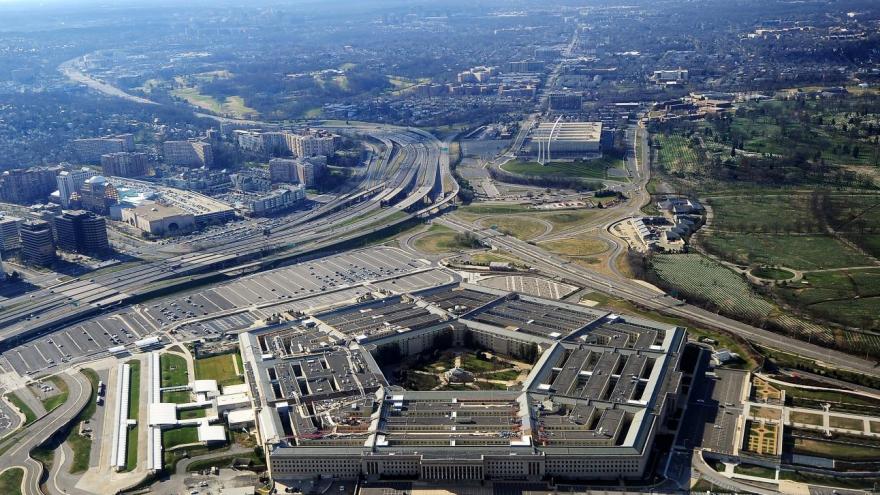 The US acknowledged for the first time that previously undisclosed airstrikes in Syria carried out days before the fall of ISIS in 2019 killed multiple civilians, including women and children, according to US Central Command.

(CNN) -- The US acknowledged for the first time that previously undisclosed airstrikes in Syria carried out days before the fall of ISIS in 2019 killed multiple civilians, including women and children, according to US Central Command.

The disclosure followed the publication of a New York Times investigation into the strikes on Saturday.

On March 18, 2019, the US-allied Syrian Democratic Forces called for air support when they came under attack from ISIS forces, according to a statement from Capt. Bill Urban, spokesman for US Central Command. US and coalition forces surrounded the last ISIS holdout in Baghouz, Syria, but in the final days of fighting, ISIS launched its own counterattack, using small arms, rocket propelled grenades, and suicide bombings.

The only aircraft on location capable of carrying out the strikes was an F-15, Urban said. At the same time, the only unmanned aerial vehicle overhead was capable only of recording standard-definition video. Other aircraft and UAVs capable of recording high-definition video, which would have provided a clearer picture of the battlefield, had left the area after hours of fighting.

Syrian Democratic Forces fighters, the nearest US special operations forces, and the UAV flying above the battlefield reported or observed no civilians in the area, Urban said. The F-15 dropped three 500-pound precision-guided bombs, potentially killing dozens of people.

The special operations strike cell, which authorized the bombing, was unaware another coalition UAV capable of recording high-definition video was operating in the area.

Several hours after the strikes, Urban said the UAV operator reported possible civilians in the area when the bombs were dropped.

The acknowledgment of the civilian casualties caused by the Syria strikes comes as the military faces increased scrutiny over its handling of civilian casualties following a drone strike in Afghanistan in late-August that killed 10 civilians, including seven children. A review of the botched strike in Kabul found that "execution errors" led to what Pentagon officials had called a "tragic mistake," and that the killings did not violate the law of war, but it left the question of accountability up to the combatant commands.

The military launched an investigation shortly after the Kabul strike, but it did not acknowledge any civilians were killed until media reports raised serious doubts about the initial account of the strike.

Defense secretary has asked for a briefing on the Syria strike

Secretary of Defense Lloyd Austin has asked the commander of US Central Command, Gen. Frank McKenzie, for a briefing about a US airstrike conducted in Syria in March 2019, Pentagon spokesman John Kirby said during a press briefing at the Pentagon on Monday. McKenzie took over Central Command days after the strike.

A military investigation initiated in the aftermath of the Syria strikes found they were "legitimate self-defense strikes" in support of the SDF that killed "at least" 16 ISIS fighters, Urban said. The strikes also killed "at least" 4 civilians and wounded 8 others, but the military could not "conclusively characterize the status" of more than 60 others killed in the strikes, leaving open the possibility of a much higher civilian death toll.

"The exact mixture of armed and unarmed personnel could not be conclusively determined," and video had observed "multiple armed women and at least one armed child," Urban said. But he acknowledged "it is also highly likely that there were additional civilians killed by these two strikes."

Despite the investigation and the acknowledgment of civilian deaths, the military did not disclosed the strikes until the New York Times reported that some US officials questioned the legitimacy of the attack.

Annual report on civilian casualties does not mention strike

In its annual report on civilian casualties in 2019, the Defense Department makes no mention of a strike in Syria on March 18, 2019 that killed civilians.

Earlier that month, DoD listed an airstrike that killed one civilian in the same area in Syria, but there is no further listing for Baghouz. The military said that it received 277 reports of civilian casualties as part of Operation Inherent Resolv and the coalition to defeat ISIS in 2019. But as of last March, following an assessment, the military had found only 11 of them were "credible."

A total of 22 civilians were killed in those incidents and 13 others wounded, the military said. The undisclosed strikes from March 18 could dramatically increase the number of civilians killed from one incident.

Five days after the previously undisclosed strike, US officials hailed the campaign against ISIS as a major victory.

"We and our Coalition partners salute the heroic sacrifices of the men and women who fought together against Daesh," said Gen. Joseph Votel, the commander of US Central Command at the time, using the Arabic acronym for ISIS, "and we mourn the losses of theinnocent civilians caught in the midst of their reign of terror."

"Without speaking to this specific event or any potential future decisions, Secretary Austin remains focused on making sure we do everything we can to both prevent these tragic outcomes and to be as forthcoming as we can be about them," Kirby said in a statement.

The military investigation found that "no disciplinary actions were warranted" after the strikes and that appropriate actions had been taken to rule out the presence of civilians at the site, Urban said. The investigation did recommend requiring high-definition video feeds for similar strikes in the future. Such video could have better delineated armed fighters from civilians before the strike was authorized.

The investigation also found that the use of 500 and 2,000 pound bombs was "proportional" because smaller weaponry wasn't available.

"We self-reported and investigated the strike according to our own evidence and take full responsibility for the unintended loss of life," Urban said. "Ultimately, the determined effort of U.S., coalition and SDF forces culminated the final territorial defeat of ISIS on March 23, 2019, but it did not come without a significant cost of U.S. and partner casualties or without the regrettable loss of civilian life."

On Monday, Kirby said the Pentagon is working on two studies that look at civilian harm, one of which focuses specifically on Syria.

This story was updated to reflect corrected information from the Pentagon because they "misidentified the munitions used" in their original statement. On Tuesday, US Central Command spokesman Capt. Bill Urban put out a corrected statement stating that three 500-pound bombs were dropped, rather than one 500-pound bomb and two 2,000-pound bombs.