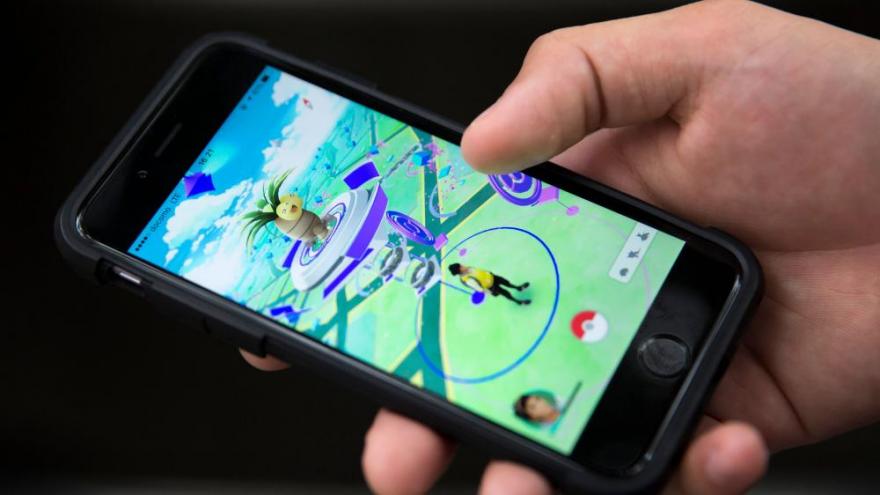 Instead of responding to a nearby call, LAPD Officers Louis Lozano and Eric Mitchell were caught searching for Pokémon characters through the Pokémon GO app, according to a ruling from a California appellate court, and the two have lost an appeal and their jobs.

(CNN) -- Two Los Angeles officers have lost an appeal and their jobs after an April 2017 game of Pokémon GO.

Instead of responding to a nearby call, Louis Lozano and Eric Mitchell were caught searching for Pokémon characters through the Pokémon GO app, according to a ruling this month from a California appellate court.

That Saturday, a radio call for "a 211 (robbery) in progress" had been sent out, according to the ruling. The Macy's at Crenshaw Plaza, located southwest of downtown Los Angeles, was being robbed by multiple suspects.

The ruling notes that Capt. Darnell Davenport heard the call come in as he was heading to a homicide scene. From where he was located, he could see the Macy's and another police car that was tucked away in an alley. Inside this patrol car were Lozano and Mitchell.

Since Davenport did not hear them respond to the call, he took it himself, but noticed the vehicle pull away.

Sgt, Jose Gomez, patrol supervisor for that day, realized Lozano and Mitchell were nearby and requested them as backup for the robbery but got no response, the court ruling noted.

Gomez later realized that vehicle had responded to another call at the same time Davenport responded to the robbery. This left him curious and he questioned the two.

They claimed they did not hear a request for backup on the robbery because they were at a park where there was a lot of noise. In the court ruling, Officer Mitchell is quoted to have said there was "a lot of music" and that it was "really loud in the park.:

Lozano was quoted in the ruling, adding "We have no control over the system and all the loud noise, it was loud."

After not being fully convinced, the following day Gomez decided to review the vehicle's digital video system recording.

The recordings unveiled that instead of responding to the call, the two officers were playing the augmented reality mobile game, Pokémon GO, for 20 minutes, the ruling stated.

The app was launched in 2016 and it quickly took off in the US. Using GPS, users are tasked with locating and collecting the virtual characters.

The two had evidently heard the call but ignored it, Greg G. Yacoubian. In the ruling, Lozano was quoted saying, "Aw, screw it." when debating if they should respond to the call.

Nearby, a Snorlax, one of the Pokémon characters, was spotted so the men were focused on capturing it. Evidence in the ruling notes that Mitchell caught the creature and exclaimed "Got 'em".

Another character called a Togetic popped up, and the two took off to capture that one as well. "Don't run away. Don't run away." Mitchell was quoted as saying.

Mitchell reportedly said, "Holy crap, man. This thing is fighting the crap out of me "and "the guys are going to be so jealous."

When questioned, the officers claimed they were discussing Pokemon and not playing.

The officers were fired in 2018 after it was ruled they committed misconduct and violated the public's trust, according to the writ of mandate filed by the men's attorney, Greg G. Yacoubian.

The men appealed and argued that the recordings were used improperly as evidence, but that was denied by a Superior Court. And the appeals court upheld that position on Friday, the ruling notes.

Lozano and Mitchell are disappointed with the decision, Yacoubian told CNN.

"The ends do not justify the means," Yacoubian said, "We are evaluating how best to proceed."