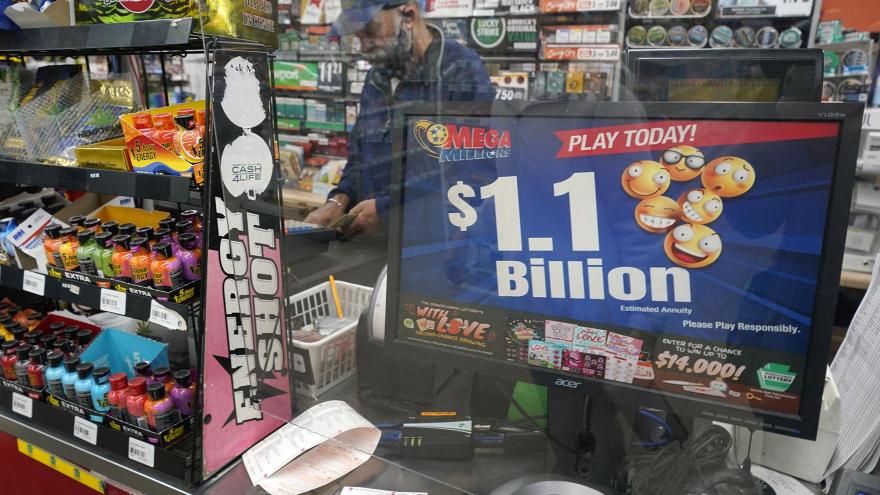 The jackpot grew to top the billion-dollar mark after no ticket matched all winning numbers over roughly the past three months.
If there's a winner in Tuesday's drawing, it would be the third-largest jackpot in Mega Millions history, the lottery announced in a news release.

It's the fourth time in just over four years the top prize has exceeded $1 billion, Mega Millions said.

Even as the top prize has gone untouched, the game has boasted more than 27 million winning tickets sold since the jackpot was last won on October 14, including 52 players who snagged $1 million or more, Mega Millions said.

"It's especially nice to see the jackpot grow throughout the holidays and into the new year," Pat McDonald, lead director of the Mega Millions Consortium, said in the release. "We are thankful for the support of our customers and retailers, which allows each of our 47 member lotteries to generate funds for good causes within their jurisdiction. As the jackpot grows, we encourage our players to keep within their entertainment budget and enjoy this jackpot run right along with us."

There have been 24 drawings since the last jackpot was claimed in October, the lottery said.