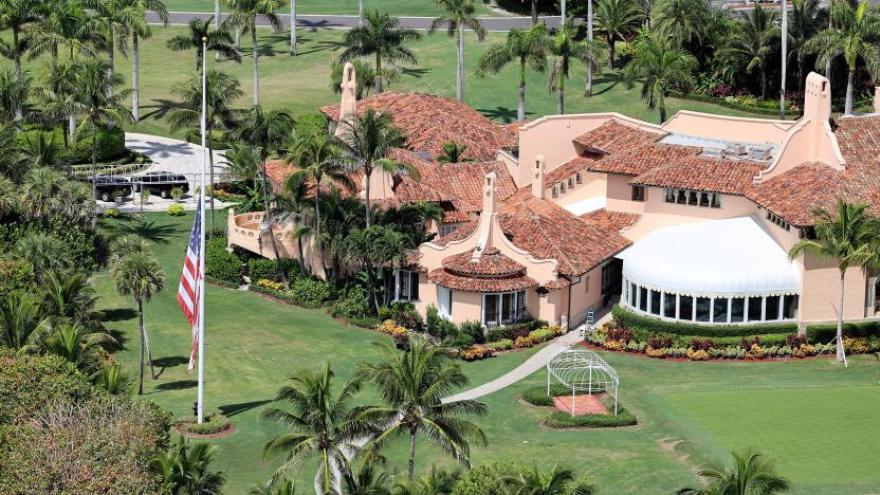 A Trump employee told the FBI about being directed by the former President to move boxes to his residence at Mar-a-Lago after Trump's legal team received a subpoena for classified documents at the Florida estate. Mar-a-Lago is seen here on September 14.

(CNN) -- A Trump employee has told the FBI about being directed by the former President to move boxes out of a basement storage room to his residence at Mar-a-Lago after Donald Trump's legal team received a subpoena for any classified documents at the Florida estate, according to a source familiar with the witness' description.

The FBI also has surveillance footage showing a staffer moving boxes out of the storage room, the source told CNN.

The witness account of Trump's actions after the subpoena was served in May coupled with the footage could be key to the federal criminal investigation that's looking into a range of potential crimes, including obstruction, destruction of government records and mishandling of classified information.

FBI agents executed a search warrant at Mar-a-Lago in August and seized thousands of documents, including about 100 marked as classified. The FBI also subpoenaed the Trump Organization for surveillance video from the resort.

The Trump employee initially denied handling sensitive documents or boxes at Mar-a-Lago, according to the source. But the FBI developed evidence that prompted investigators to go back to the witness, who revised their story to say Trump had given instructions to move the boxes, the source said.

The Department of Justice has previously alleged that classified documents at the resort were "likely concealed and removed" from a storage room at Mar-a-Lago as part of an effort to "obstruct" the FBI's investigation into Trump's potential mishandling of classified materials.

After Trump returned 15 boxes of materials to the National Archives in January, the Justice Department subpoenaed Trump in May, seeking documents with classification markings that were still at Mar-a-Lago.

According to a lawsuit he later filed, Trump directed his staff to search for any remaining classified material to comply with the subpoena. After federal investigators retrieved documents from the resort in June, his lawyers later told investigators that they had searched the storage area and that all classified documents were accounted for.

Prosecutors said in August that that some documents were likely removed from a storage room before Trump's lawyers examined the area, while they were trying to comply with the subpoena.