This rare McDonald's treat is making a comeback 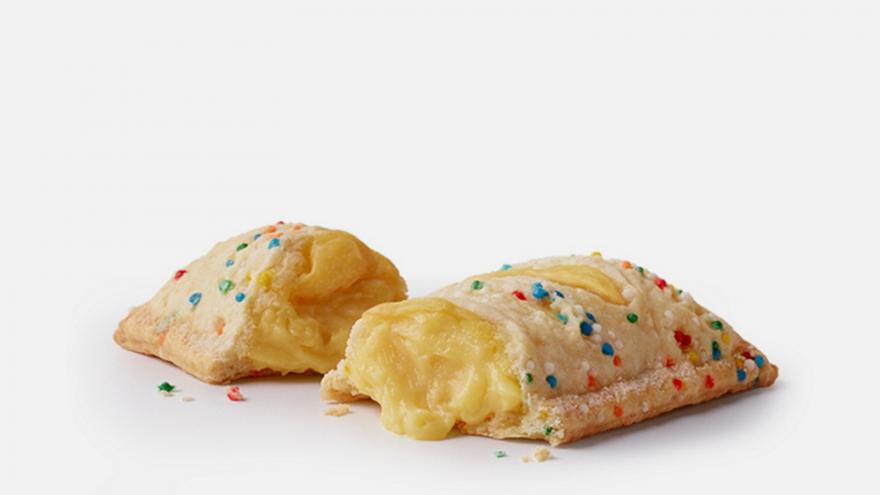 (CNN) -- 'Tis the season for McDonald's to bring back a fan favorite sweet treat: the Holiday Pie.

The dessert has returned to menus in "select regions" across the United States, the company confirmed. McDonald's has released the festive pastry for the past 10 years, but the areas of availability vary. Fans have spotted the pies in places including Oregon, Illinois and Texas so far this year.

According to the chain, the Holiday Pie is a "mouthwatering pastry" that's filled with vanilla custard and baked in a buttery crust (similar in shape to its rectangular apple pie) and topped with rainbow sprinkles.

McDonald's said the pie will be available until early January, and as usual won't be released nationwide — making it a rare treat . The McRib was sold in a similar manner, but last year McDonald's finally launched it nationwide.

The pie is just one of McDonald's holiday promotions. From December 13 to December 24, the fast food chain is partnering with singer Mariah Carey to offer a different free menu item each day — dubbed the "Mariah Menu" — featuring some of her favorite selections. Eligibility for the free item requires an order placed on the McDonald's app with a minimum $1 purchase price.

McDonald's recently said that in the three months ended September 30, sales at global restaurants open at least 13 months jumped 12.7% compared to the same period last year, in part because of the buzz around its celebrity meals.